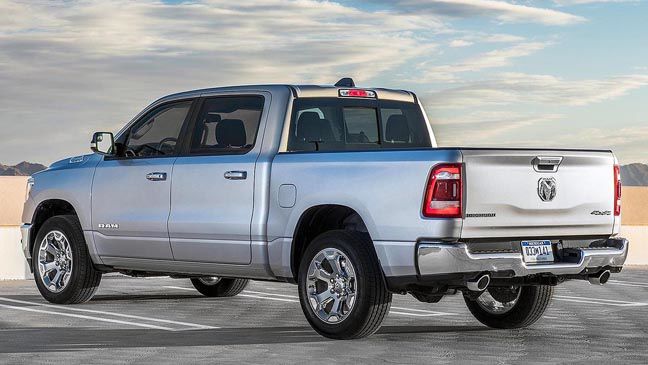 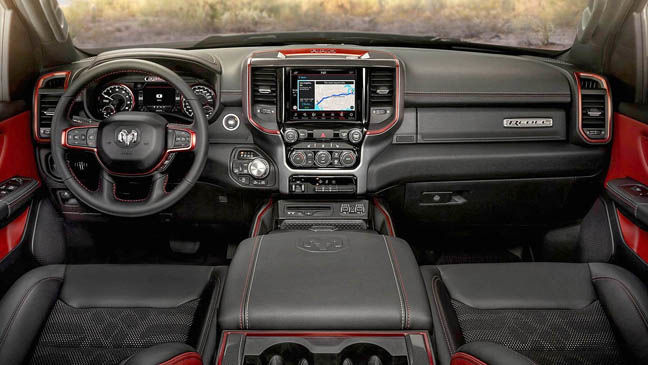 The 2019 model-year redesign of the Ram 1500 included plenty of features, performance and greater towing and hauling capabilities. Maximum payload and towing capacities increased to 2,300 and 12,750 pounds, respectively (previously 1,880 and 10,620). An optional air-suspension system can raise or lower ride height and keep the truck level when loaded. The extended-length Quad Cab and four-full-door Crew Cab bodies are the primary offerings, but Ram offers a regular-cab version for fleet customers. Engine availability consists of a 305-horsepower V-6 and a 395-horsepower V-8. Both use eight-speed automatic transmissions. The V-6’s torque temporarily increases by up to 90 pound-feet with a belt-drive 48-volt “eTorque” motor/generator. This mild-hybrid system replaces the traditional alternator and uses a lithium-ion battery to add power under hard acceleration. The same system adds up to 130 pound-feet of torque for the V-8, but it’s optional. The 2020 model year sees the return of the turbo-diesel V-6 (called EcoDiesel). Available in all trim lines, the Italy-built engine is rated at 260 horsepower and 480 pound-feet of torque, and provides a max towing capacity of 12,560 pounds.