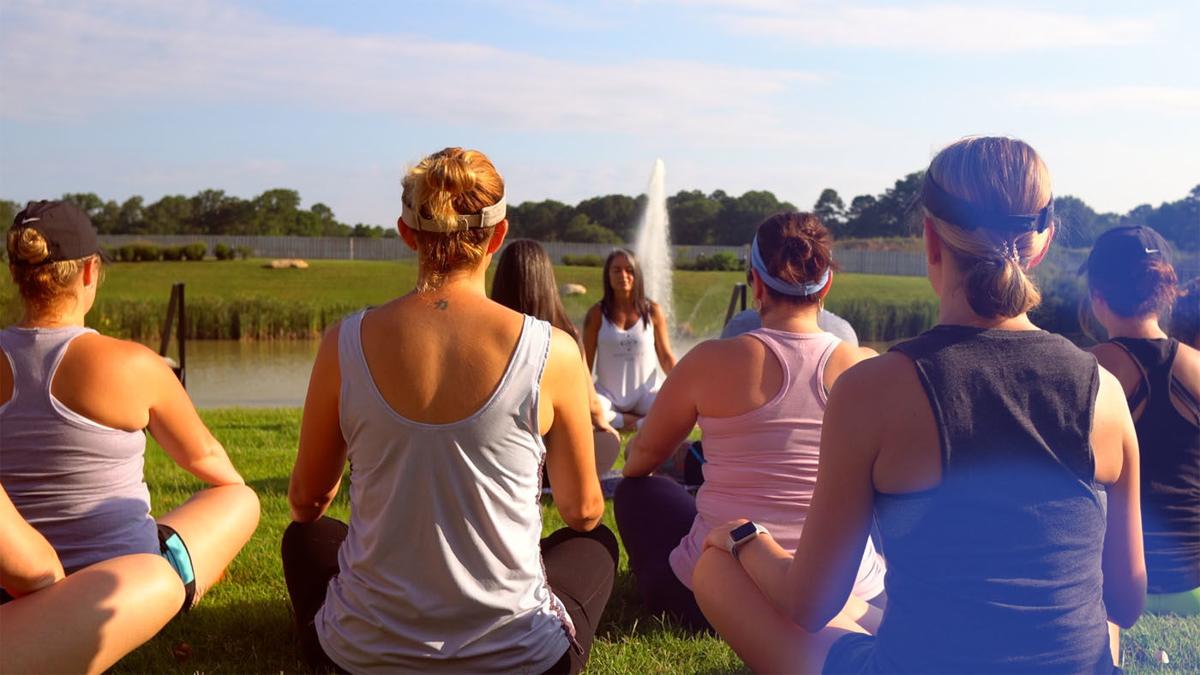 Millennials are notorious city dwellers. They want what traditionally only the city can provide – pedestrian-friendly sidewalks, public transportation, and access to food and entertainment. They like to go out, and when they do they want a memorable experience. And Richmond can provide all of that.

SIR, a Richmond-based consultancy, conducted a national study for the Virginia Department of Transportation among people who either have moved…

Millennials make up 24 percent of the population, according to a 2019 report by the National Association of Realtors. But many are starting to broaden their home search beyond the city limits.  In 2013, The New York Times labeled it the “hipsturbia” trend – young adults moving to urbanized suburbs that resemble trendy city neighborhoods.

Millennials, defined as people born between 1981 and 1996, are well-known for being broke. As a generation they were hit hard by the Great Recession of 2012. And getting an education has taken its toll as well – a 2019 Pew Research Center study says the number of young adult households with student debt doubled from 1998 to 2016.

They are also known to certain detractors as the “Me Generation.” And, unfortunately, a negative stereotype surrounds them – particularly in the way they are perceived by members of other generational groups: They are lazy and entitled. They are addicted to their phones. They know what they want and they want it right away. But like it or not, the millennial generation is over 70 million strong, and they are growing up.

As many begin to enter their 30s, they are moving out of their parents’ houses and entering the real estate market. And, as advertised, they know what they’re looking for in a neighborhood, and they won’t settle for less.

They bring some interesting characteristics to the real estate experience, Younger said. “They prefer texting. They want parental approval – they want their parents to go with them even on their first home tour and they often want them to cosign their agreements. They go to the internet first when deciding, but they also want referrals from someone they know. They still trust the human process. They want an experienced person to work with.”

Younger says she’s even seen millennials who don’t have cash or checks, and so try to pay for their deposits with the Venmo app. But she says they definitely know what they want.

“Walkability is what they’re looking for. Being close to shopping and restaurants is important,” said Younger.

They have found many of their desires in Scott’s Addition, Richmond’s hottest neighborhood. Once an industrial area, the district has blossomed in the last decade into a millennial’s dream.

“It’s the hot new place to be. Scott’s Addition is exciting. It has transitioned from an industrial neighborhood that was a blank canvas,” said Trevor Dickerson, president of the Scott’s Addition Boulevard Association.

Millennials love to dine out rather than eat at home, and restaurants have played a major part in Scott’s Addition’s revitalization. Options abound, whether it be Chinese food at Fat Dragon or down-home Southern fare at Lunch.Supper! (Don’t let the name fool you – they also serve brunch).

Millennials also love to mine the past for their entertainment – The Circuit offers retro arcade games, and Tang & Biscuit is a shuffleboard venue that would make their grandparents jealous.

And it wouldn’t be a Richmond district without lots of homegrown booze – from wineries to whiskey distillers to cideries to breweries – Scott’s Addition has plenty to choose from.

Dickerson acknowledges the problems that come with the increased attention on the area, but says part of his job is fixing them.

Those millennials who are finding issues with the city, or are starting their families and looking for the amenities but with more space, can find options outside of the urban setting in the area.

Younger names Willow Lawn and Lakeside as desirable destinations for those seeking their first homes. And Libbie Mill, located in midtown Henrico off of Staples Mill Road, a relatively new development in the area, is already poised to draw some interest from millennials looking to branch out but still be close to the city.

“We offer access to Scott’s Addition without having to live in Scott’s Addition. It’s about a $5 Lyft ride to it, but you don’t have to live with the congestion. And we have free and ample parking,” said Tidwell.

The neighborhood has its own answers to Scott’s Addition dining scene –Shagbark, with its own style of Southern gourmet fare, and another new restaurant, Crafted, slated to open later this year.

The community is also pedestrian-friendly, and the GRTC began bus service to the area in late 2018, so millennials can check transportation off of the list.

But there are many benefits available at Libbie Mill – such as access to nature with a lake and the 3-kilometer Jordan’s Branch Trail that circles the entire community. And the ultra-modern Libbie Mill Library, which opened in 2015, offers plenty of technology and meeting rooms, in addition to ample reading material. (One unexpected fact about millennials: They love public libraries. The Pew Research Center reports that millennials are the most likely generation to use them.)

The region also has plenty of forthcoming developments that are sure to appeal to millennial interests. The recently announced revitalization of Regency Square will reportedly include residential units, with retail and entertainment space, including an aquatics center and trampoline park.

In the Manchester district, developers have already begun transforming a former industrial location into an income-based residential site with apartments and artist studios, to include amenities such as a pool and fitness center.

And the proposed Navy Hill development would also bring more affordable housing to the area, as well as a new arena and increased walkability through updated infrastructure.

Whatever the neighborhood, Richmond is a great place for millennials to be right now.

“Millennials are all about experience. They want to live in a vibrant community,” said Tidwell. “They want to be able to walk to the library and have a drink during happy hour. They want to feel like residents of a community.”