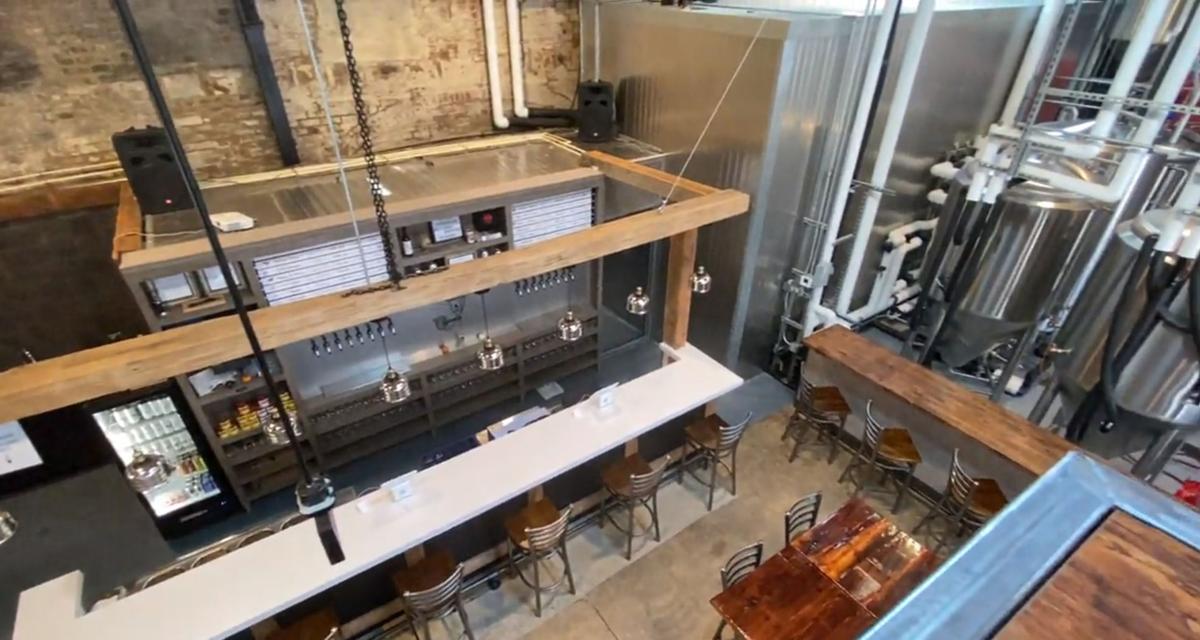 The front of the Richbrau Brewing building in Shockoe Bottom. 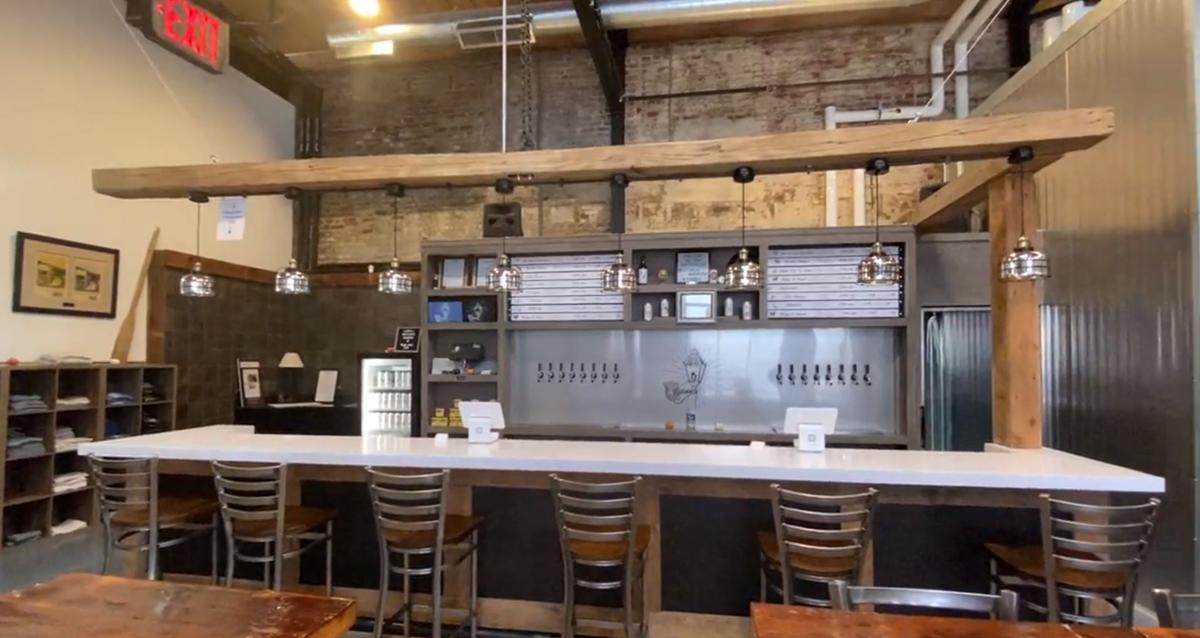 The owners wanted a "rustic, reclaimed, industrial" feel to the bar. 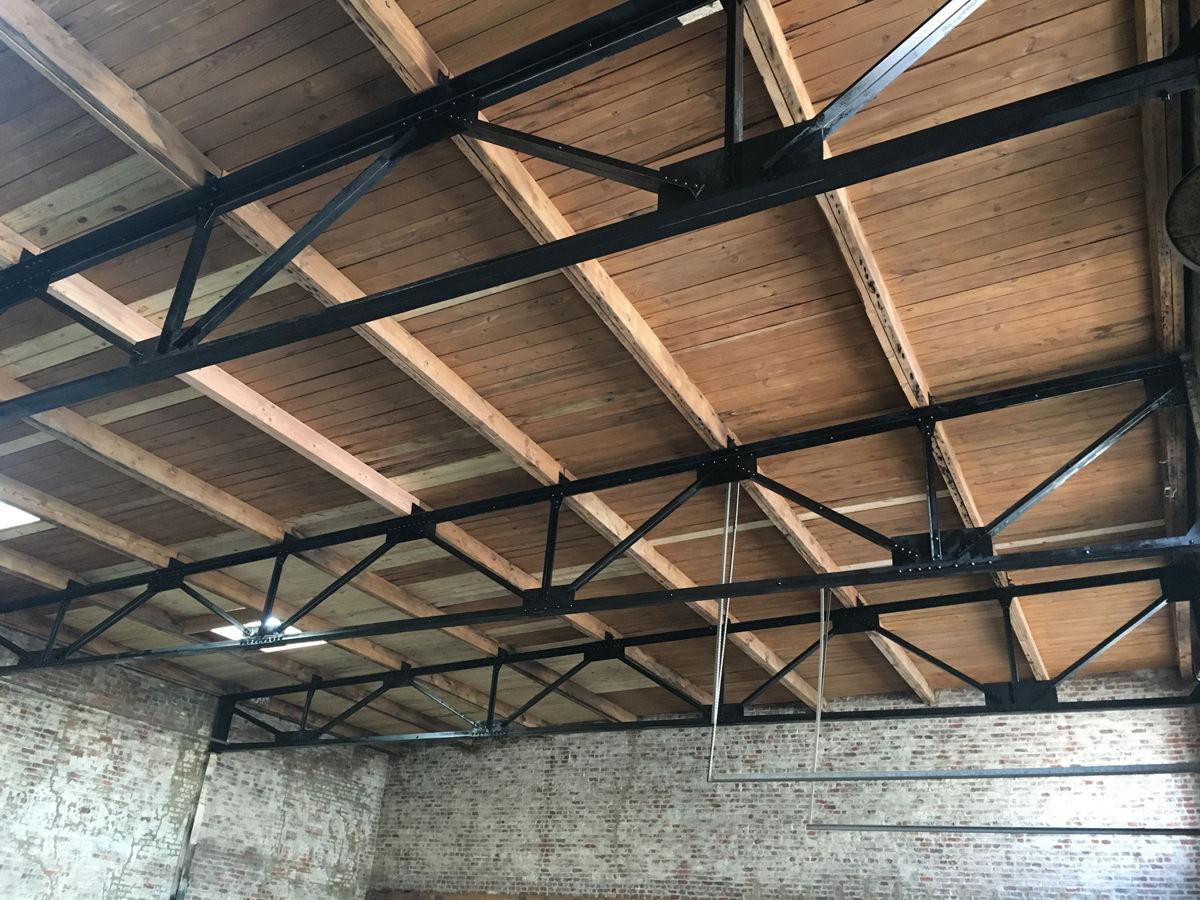 The ceiling was sandblasted to bring out the original look of the wood, and the metal trusses were painted black. 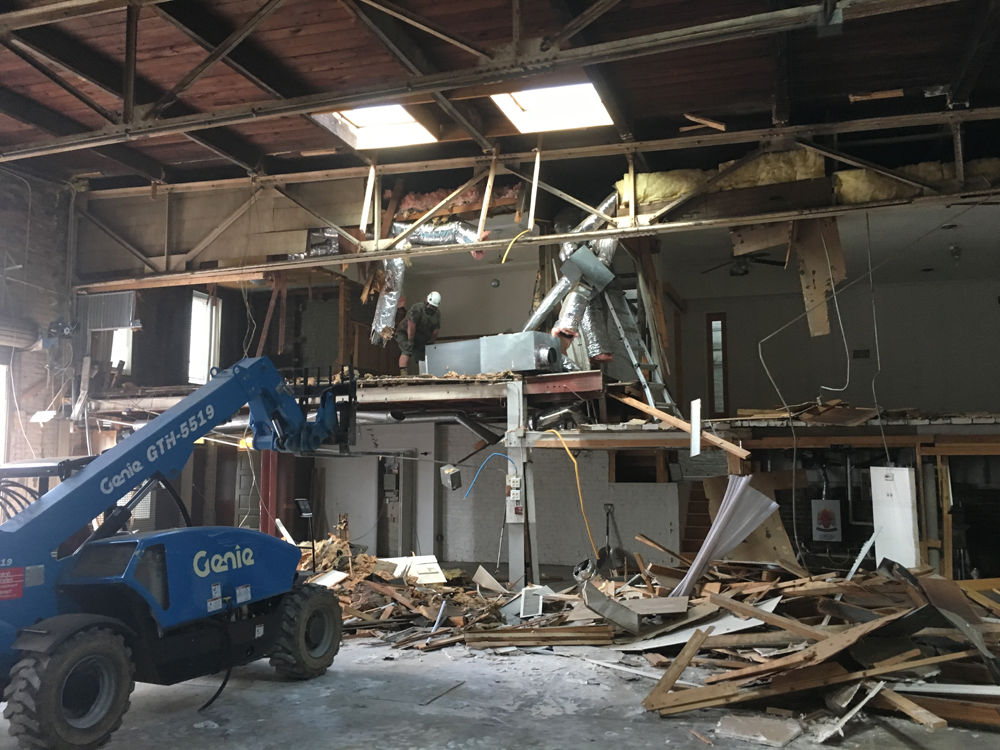 The townhome that previously occupied part of the building was demolished to make way for the brewery. 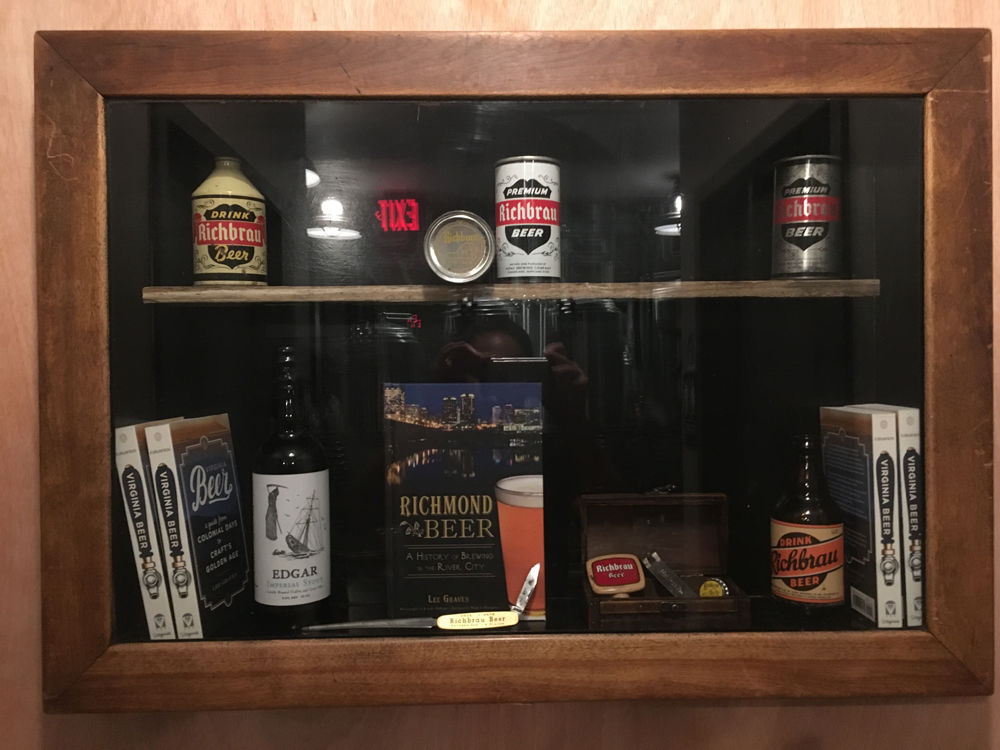 A shadow box highlights the history of the Richbrau brand in Richmond.

The front of the Richbrau Brewing building in Shockoe Bottom.

The owners wanted a "rustic, reclaimed, industrial" feel to the bar.

The ceiling was sandblasted to bring out the original look of the wood, and the metal trusses were painted black.

The townhome that previously occupied part of the building was demolished to make way for the brewery.

A shadow box highlights the history of the Richbrau brand in Richmond.

Everyone knows that craft beer is big business in Virginia. According to the Brewers Association, a national trade group, breweries had a $1.7 billion plus impact in the state in 2018. The major boom was brought about in 2012, when the state General Assembly passed a law that allowed breweries to serve beer by the glass, instead of just take-home closed containers. Just in the city of Richmond there are currently over 30 breweries, with new ones opening seemingly every month.

Lesser known is the effect that the craft beer business has on commercial real estate. According to a 2015 report by Colliers, most breweries are located in industrial buildings, with the rest in retail-restaurant spaces. Abandoned industrial buildings are often favored because they tend to be larger and cheaper and have the facilities needed to establish a brewery, such as plumbing, electricity and water. By purchasing or leasing these buildings, the industry can help revitalize a fading industrial area – we’ve seen this happen in Richmond with the development of Scott’s Addition in recent years.

One of the latest businesses to follow this trend is the new incarnation of Richbrau Brewing, now located in Shockoe Bottom. Richbrau is a brand that was produced in Richmond after Prohibition from the 1930s to the 1960s. It was more recently reintroduced as a brewpub in Shockoe Slip in 1993 until its closing in 2010. The new iteration of the brand opened its location on South 20th Street in July of this year with three new owners: Matthew Mullett, Brian McCauley and Hank Schmidt.

“It was a passion of three things – the love of Richmond, the love of beer, and the love of history,” said Mullett of their decision to purchase the trademark and open the new brewery. “I think the craft beer business had grown so much that it had to be an exceptional opportunity. I wasn’t really interested in just starting up another xyz brewing company. [With Richbrau] we could do something really meaningful here, and meaningful to the people in Richmond,” he said.

The love of history also inspired their choice of location for the brewery in Shockoe Bottom. They wanted to be in one of the most historic parts of the city, but finding an un-renovated building in the area was a challenge, according to Mullett. He originally came across the building while working as a commercial real estate broker years before, and with his experience was able to recruit investors to purchase the building and then lease it to the brewery.

The building is believed to have been built in 1930, but a bricked-in archway big enough to accommodate a horse and carriage may indicate that it’s even older, since the country had mostly switched to the automobile at that time, says Mullett. The Department of Historic Resources lists the building as a foundry and auto repair shop, and it’s possible that the building was originally separated into two to three spaces, but when Mullett found it, the current owner had converted what were once offices into a townhouse with an indoor pool. When they demolished most of this portion, they found a wall of posters from 1940 and 1941, including an article from the Feb. 4, 1940 edition of The Richmond Times-Dispatch about a large snowstorm.

The owners worked with ENV Architects to oversee the engineering process, but Mullett and Schmidt decided to save money by project managing the construction themselves. Mullett said doing this allowed them to develop a good relationship with city officials which helped smooth the process. “When you’re the one writing the check and you’re the one absorbing the delays, you’re just infinitely more involved in the project than a contractor would be. Because we lived at city hall for eight months and got to know all these people, there was really a level of service that you wouldn’t expect,” he said.

In designing the space, Mullett says they wanted as open a facility as feasible. “We wanted people to be drinking inside the brewery as much as possible. We knew that we were going to have to separate production space from retail space, but we wanted the tanks in plain sight. We wanted to showcase them as much as we could.”

Mullett says they also worked to highlight many features of the historic building, including sandblasting the ceiling to bring out the original look of the wood, highlighting the metal trussing systems that support the roof, and using some of the wood from the building’s original flooring to create the tables for the taproom. City officials requested that they keep the historic factory windows, and wanted them to paint the building three separate colors to showcase the separation of the different sections of the building. Ultimately they compromised by painting the columns on the front of the building a contrasting color.

For the taproom, they wanted the theme to be “rustic, reclaimed, and industrial.” They searched for inspiration on Google and Pinterest and worked off a couple of images that best suited their ideas. The bar is made of smoked bronze metal plates framed by reclaimed wood with a quartz top and old piping for the foot rail. A beam of reclaimed wood floats above the bar and suspends the lights. “For some guys who really never even decorated a house, it worked out better than we ever imagined,” said Mullett.

Future plans for the brewery include a rooftop deck and a warming kitchen. And Mullett says they would love to see more breweries come to the Shockoe Bottom area. “The problem is finding available space. It’s really hard without those warehouse/industrial amenities. It’s really hard to retrofit a property to be suitable for a brewery.” Mullett estimates that the industry in Richmond is in its “adolescent or teenage years,” and that there is plenty of room to grow.

“The reason there’s so many breweries is because the demand is there,” he said. “Craft beer in general has been undergoing this trend of localization. People want to consume products that are made locally, that impact the local economy, and that they’re more connected to rather than these big national brands.”