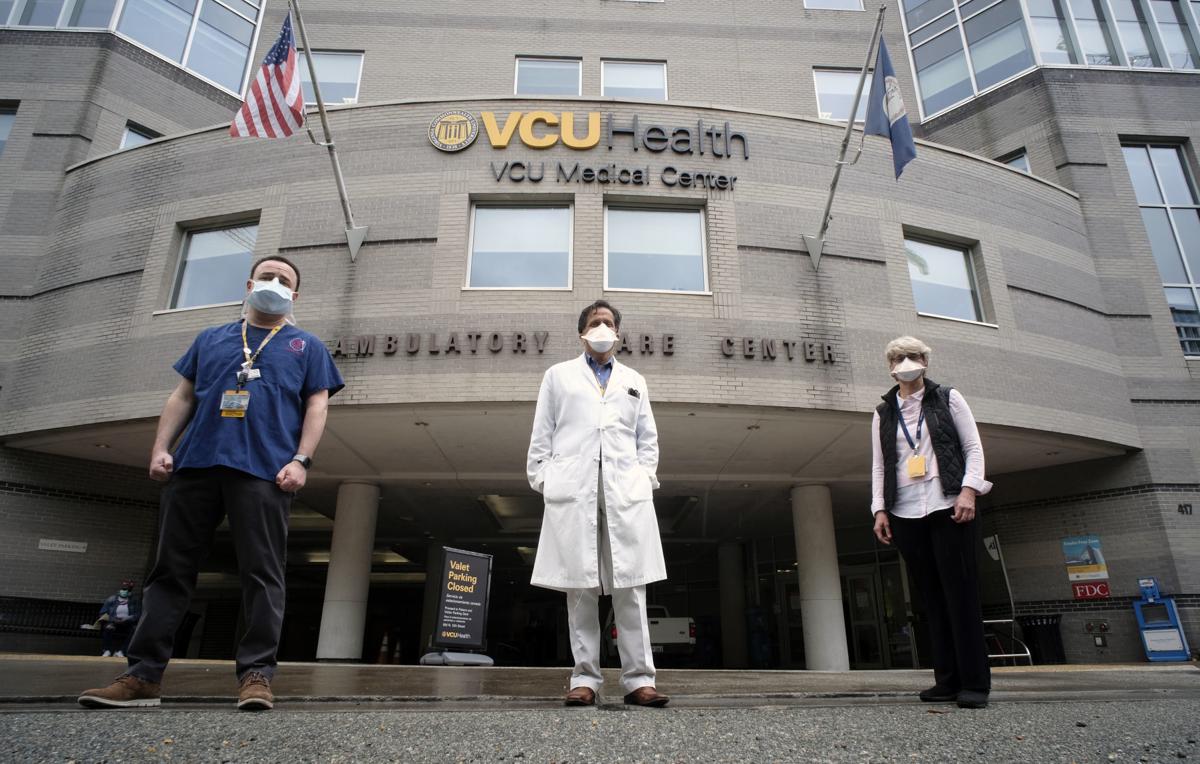 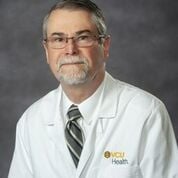 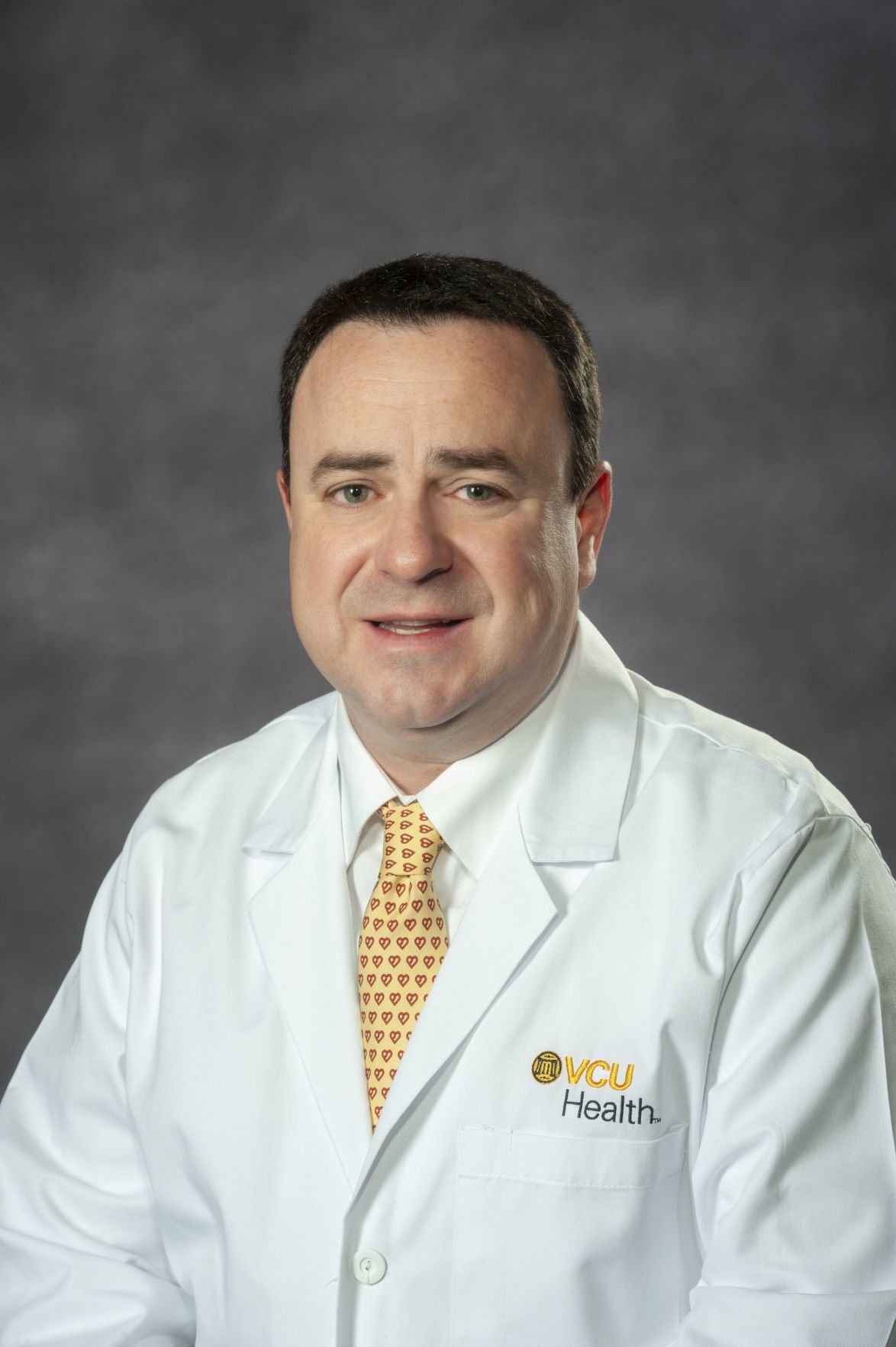 Dr. Antonio Abbate is the medical director of the clinical research unit at VCU Medical Center. He is one of the investigators studying experimental treatments for COVID-19.

For the doctors treating the hundreds of patients who are hospitalized for COVID-19 in Virginia, there’s no playbook.

The disease that has spread rapidly across the world — killing hundreds in the state and more than 200,000 worldwide — has no known treatment, so COVID-19 has presented a unique challenge to the doctors faced with saving lives against a mostly unknown enemy.

But in an effort to discover treatments, medical researchers in the state have dropped everything to ramp up experimental clinical trials that may be the patients’ best hope of recovery.

When Dr. Antonio Abbate speaks with patients about the possibility of joining a clinical trial, he’s used to standing next to the patients, holding their hands and looking into their eyes.

Joining a clinical trial means he or she is volunteering to receive an experimental treatment that has not been proven to be effective. Abbate, the medical director of the clinical research unit at VCU Medical Center, has to tell them about the possible benefits and risks.

But in the new reality where physical proximity means greater danger for health care workers and patients alike, he’s had to get accustomed to having those conversations by video chat.

As of Friday, VCU had enrolled 38 people in trials to test two drugs, remdesivir and sarilumab.

“Everybody stopped what they were doing and really focused on [COVID-19],” said Dr. F. Gerard Moeller, who chairs the committee at VCU that reviews new clinical trials.

Studies on two experimental drugs were approved in days rather than the usual weeks or months it would usually take, he said.

Currently, the trials are only for people whose COVID-19 is serious enough for them to be hospitalized, and doctors determine which trial to enroll a patient based on the specifics of the case.

“We’re not jumping steps; we’re just working nights and weekends to make things happen,” said Abbate, emphasizing the importance of not disregarding safety. “I am optimistic that we will have treatments within months. I’m just not sure which one it will be.”

Remdesivir is an antiviral drug that has not been approved, but has been used experimentally to treat Ebola and tested in animals with other diseases caused by different kinds of coronaviruses.

The company that manufactures the drug, Gilead Sciences Inc., announced hopeful results on April 10 that the drug had shown improvement in 68% of a small group of 53 patients with severe complications of COVID-19 treated through a clinical trial.

But the World Health Organization accidentally published findings from a trial that took place in China that found no benefit from the drug. The findings were inconclusive, however, because the study was ended early, Stat News reported Thursday. Remdesivir is also being tested at clinical trials at HCA Henrico Doctors’ Hospital and the University of Virginia Medical Center.

Sarilumab is approved for treating rheumatoid arthritis and is focused not on fighting the novel coronavirus directly, but on calming an overactive inflammatory response to the virus that damages the body.

Jackson said many of his patients have been enthusiastic about participating in the clinical trial because they want to be part of the effort to find a treatment for COVID-19 that will help more people down the road.

He’s hoping to have some initial results from the trial, which is being run at hospitals across the country and is being led by the National Institutes of Health.

On Monday, his team will begin the second phase of the trial that will include adding a different drug, baricitinib, which is an anti-inflammatory used to treat rheumatoid arthritis.

It also plans to start enrolling patients in additional studies soon, including another effort to reduce the body’s inflammatory response by using adult stem cells.

Another experimental treatment that is taking hold across the world is the use of convalescent plasma, which is taken from the blood of people who have recovered from COVID-19. The plasma contains antibodies that can help the immune system fight off the virus.

“There’s been a history of using the plasma of patients who have successfully recovered from a disease,” said Dr. Dennis Szurkus, chief medical officer at HCA Henrico Doctors’ Hospital, which is participating in a study run by the Mayo Clinic. “We’re hoping it will be highly effective.”

But as testing shortages have plagued the country, only 10% of the thousands of people who have reached out to the Red Cross hoping to donate over the last month met the eligibility criteria, according to a news release from the American Red Cross on Friday.

To help streamline the process, the Food and Drug Administration last week approved an antibody test that the Red Cross will roll out to screen donated plasma for COVID-19 antibodies. The Red Cross will not be doing antibody testing for the general public. Those wanting to give can learn more at redcrossblood.org/plasma4covid.

But even as researchers talk about the promise of quickly moving toward potential treatments, they’re careful to warn against disregarding scientific protocol.

“You want to do the best thing you can for that patient,” said Moeller from VCU’s clinical trial committee, explaining a physician’s temptation to try out multiple treatments on a patient. “At the same time, if you just throw everything at the patient without any evidence, you don’t know if what you did helped the patient ... whether medications can be helpful or harmful ... without controlled studies, we don’t know that.

The FDA has issued a warning against using hydroxychloroquine, an antimalarial drug that President Donald Trump has promoted as a possible treatment for COVID-19, outside of hospital and clinical trial settings because of possible side effects on the heart.

“There’s a pressure to get treatments out there — as there should be,” said Jackson, from UVA. “But we also risk doing the wrong thing for patients. ... We take very seriously the principle of, first, do no harm. That’s why clinical trials like this are so important.”

A network of doctors, scientists, policy experts and concerned citizens have penned an open …

Gaby Obedoza saw an idea online and immediately knew her peers would be interested.

Lohmann: So far, so good. But if COVID-19 reaches Tangier Island, the results could be devastating

Tangier Island has been practicing self-isolation for centuries.

If you have lost a Richmond-area loved one to COVID-19, the RTD would like to write about th…

UPDATED: 'A casualty of the war': ER doctor, 49, on coronavirus duty in New York kills herself in Virginia

Isn't this group a bit late with their clinical trials?

They’ve been at it for over a month. Would have been sooner if they hadn’t been getting g misinformation from the president-impeached.

“We pretty much shut it down coming in from China.”

It seems this SARSCoV2 has captured the attention of the bureaucracy and its medical community rather quickly. Not one person has attempted to explain this fascination nor just how infectious this virus is compared to a known quantity: the flu. Rather than letting people make their own decisions about how they interact the elected officials have decided they know best and we all have only one example for comparison, the hurricane prediction 8 days out and the resulted waste. Time for the people of the Commonwealth to call out in unison: "He has no clothes".

You demonstrate the typical conservative flaw in that you think because you are clueless everyone else is.

The government is doing what it is charged to do. Protect the citizens. I’m sure the healthcare professionals, government officials, and captains of industry who are huddled to solve this problem are making decisions based on facts and science.

This is not a hurricane. By “making your own decision” not to self-isolate you risk not only contaminating yourself but everyone you come in contact with.

I am glad our Government is taking prudent pragmatic steps to protect the citizens from the likes of thoughtless careless selfish people like you.

Later in the day, President Donald Trump congratulated the Democratic Michigan state representative for her recovery from COVID-19 during an evening press briefing.

"She thought she was dead," the president said at the administration's coronavirus task force briefing. "I think she'll be voting for me now."

Whitsett, who represents part of Detroit in Michigan's House of Representatives, spoke of her experience with hydroxychloroquine and COVID-19 on Fox News.

Of course the dems in michigan censured her. Idiots

I wonder if she knows Amanda Chase.

“FDA Warns Against Use of Chloroquine Outside of Clinical Trials”

“ The FDA has issued a warning against using hydroxychloroquine, an antimalarial drug that President Donald Trump has promoted as a possible treatment for COVID-19, outside of hospital and clinical trial settings because of possible side effects that could impact the heart.”

It’s a shame that with everything else on their plates, our great government agencies are having to go around and also debunk Rump’s misinformation.

“The FDA has issued a warning against using hydroxychloroquine, an antimalarial drug that President Donald Trump has promoted as a possible treatment for COVID-19, outside of hospital and clinical trial settings because of possible side effects that could impact the heart.”