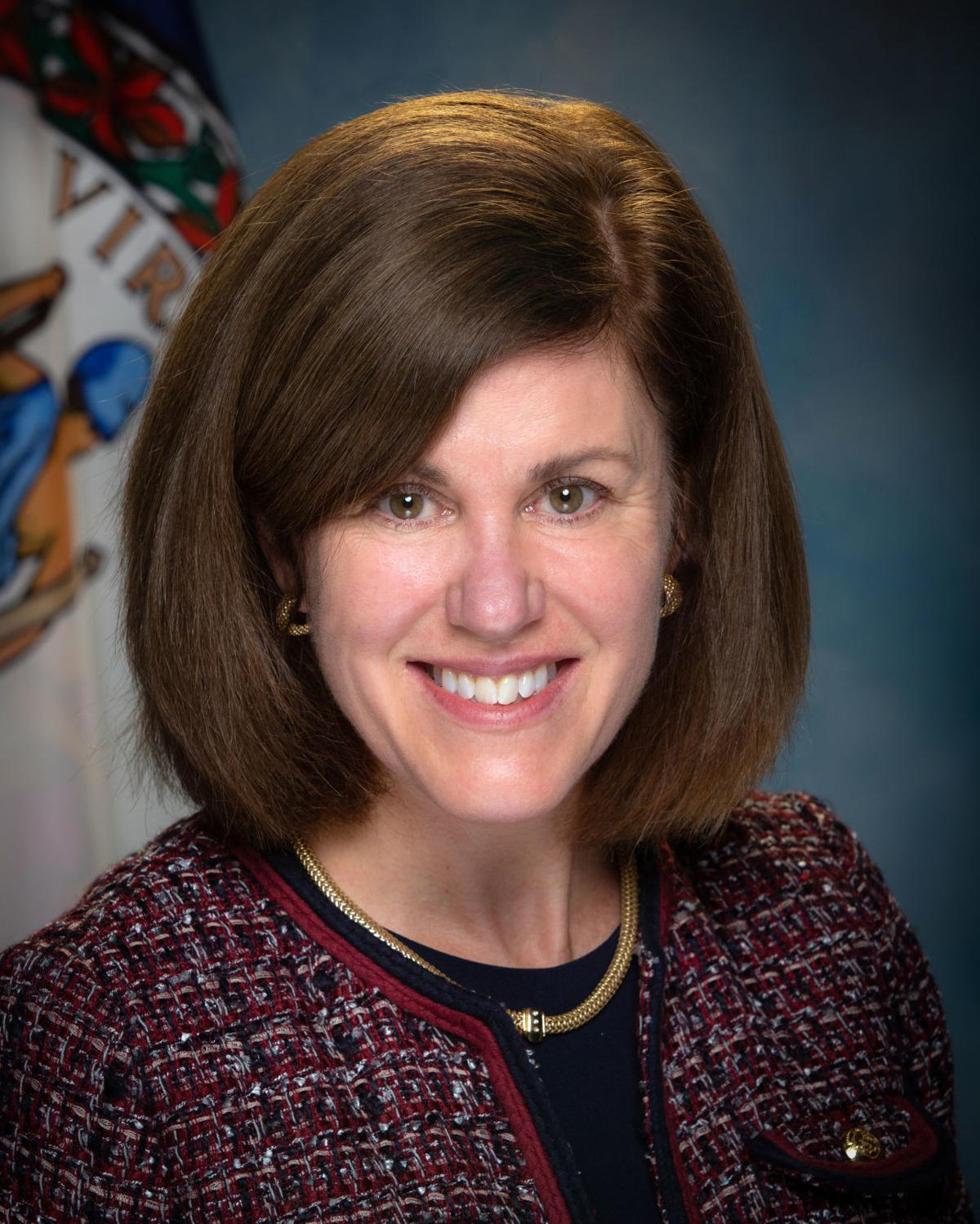 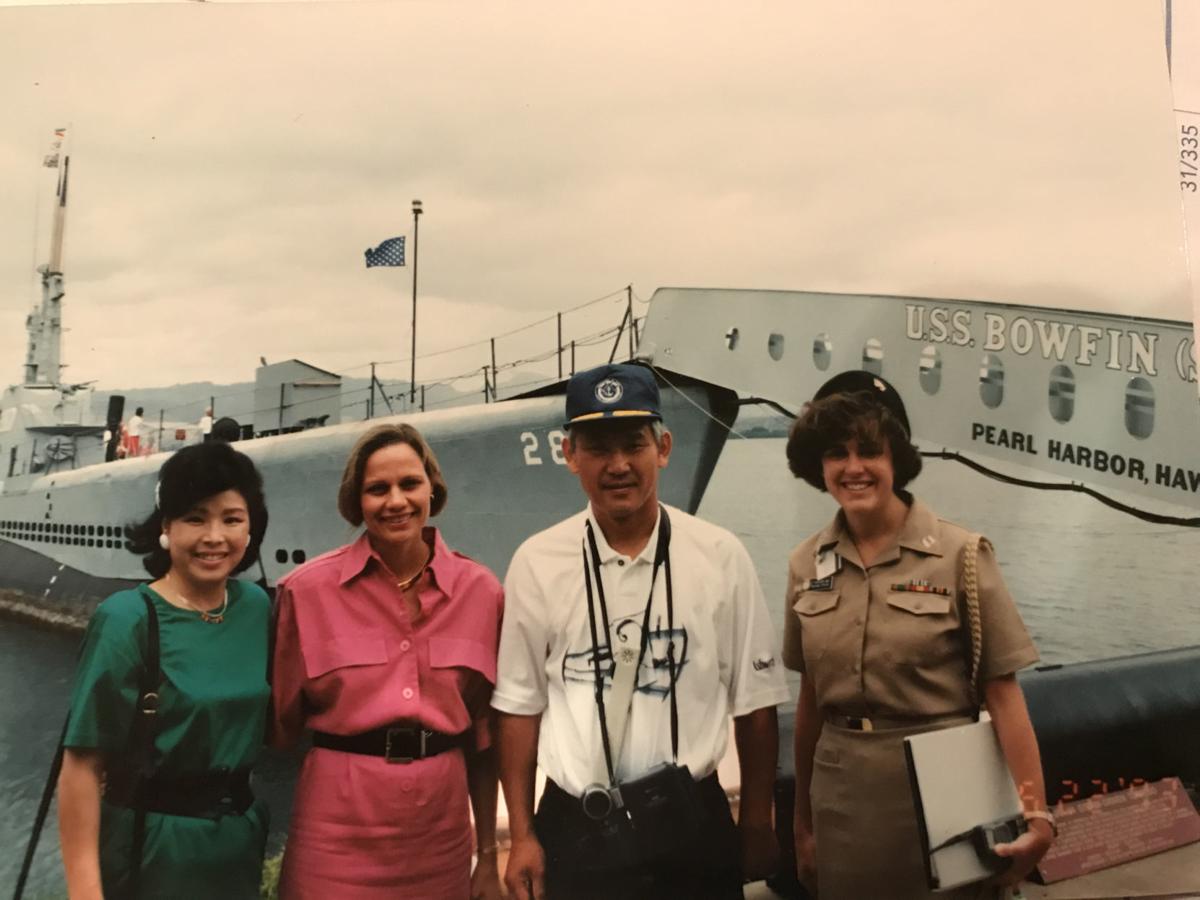 Kathleen Jabs (far right) served in Hawaii as protocol officer for the Navy commander of the Pacific Fleet.

Kathleen Jabs (far right) served in Hawaii as protocol officer for the Navy commander of the Pacific Fleet.

Despite retiring as a captain with 27 years of service in the Navy and Navy Reserve, Kathleen Toomey Jabs considers herself a military spouse for most of that time.

She left active duty after seven years of service. But after a year or two, she realized she missed it.

“The people, the camaraderie, the chance to serve; so I joined Navy Reserve,” said Jabs, 53, who lives in Williamsburg. She served another 20 years before retiring in 2017.

“So while I’m a veteran and while I was in the Navy also, I was also a military spouse,” she said. “My husband stayed active duty the whole time.”

The couple raised two children and moved about 15 times during her husband’s Navy service, Jabs said.

“I faced different challenges at different times, being employed, being underemployed, trying to find child care,” she said, explaining many of the barriers spouses face when having to move for a new assignment.

It’s that experience, as well as her years in uniform and as a civilian working for the Department of Defense, that informs her current role as Virginia’s deputy secretary of veterans and defense affairs. Since her appointment to the position in February, Jabs has taken a particular interest in programs for military spouses.

“One of the people leading that charge is Kathleen Jabs,” said Craig Quigley, a retired rear admiral and a former boss of Jabs. “It is a strong ability to speak in the first person, and she relates very well to military spouses who see themselves in her.”

A 1988 graduate of the U.S. Naval Academy, Jabs entered the Navy just eight years after the first class of female officers were commissioned from the academy.

“It was tough,” she said. “Women were still new, and the combat exclusion law was still in place, so there was some resentment for some people that women were there at all. It was kind of a time of sort of breaking barriers, and learning to get along and find a way to succeed and get through it.”

Jabs called the changes she’s seen in the military and the opportunities afforded to female service members today “transformational.” The military figured out that it needs women, she said.

“They need women, and women do well,” Jabs said. “A diverse team, where you have men, women, people of different backgrounds, everything shows that it performs better.”

Carlos L. Hopkins, secretary of veterans and defense affairs, said Jabs’ keen understanding of the issues that face female veterans, transitioning service members and military spouses makes her a great fit for his office advocating for all of those groups statewide.

Jabs spent most of her career working in public affairs, meaning she was a spokeswoman for the military. It’s an important role, she said, because it meant informing the country what its service members were doing, and, more importantly, telling parents what their children were doing.

“We’re America’s military,” she said. “We owe it to the American people to tell them what their sons and daughters are doing.”

Her job also often involved explaining operations, technology and the needs of the military, so taxpayers understood how their money was being used. All without endangering the boots on the ground, or sailors and Marines on ships, or airmen in planes — she directed communications for the former U.S. Joint Forces Command, which involved service members across every branch of service.

“The more that you share with people, the more you can lessen that divide between civilian and the military,” she said. “Most of the [public affairs officers] I served with, none of them wanted to live in a world where the military becomes such a separate class.”

Jabs explained this was important not only for recruitment to refill their ranks, but also for military members to easily reintegrate into society after their service. Humanizing service members is another theme she’s carried into her life outside of service.

At the Naval Academy — where she majored in English and minored in engineering — Jabs took a creative writing class, sparking another career path as an author. At first, she wrote stories that had little connection to her own life. Then, she went back to school, earning a Master of Fine Arts in creative writing from George Mason University, where a professor asked her why she never wrote about the military.

“That’s my life, why would I write about that?” she remembered thinking. “But in doing it, I really got intrigued in trying to get behind the uniform and get inside military characters’ heads. I needed to give military characters a voice and make them human.”

In 2011, she published her first novel, “Black Wings,” about a female pilot who dies under mysterious circumstances during a botched takeoff; her former roommate from the Naval Academy investigates. Jabs is currently working on a sequel.

“Stories kind of help me make sense of the world,” Jabs said. “As I delved into fiction, I had a better understanding of my own service and those around me who are serving and who have served.”

That includes her grandfather, who served in the Army in Europe during World War II; her father, who was in the Navy, as well as her husband; and now her son, who’s in the Coast Guard.