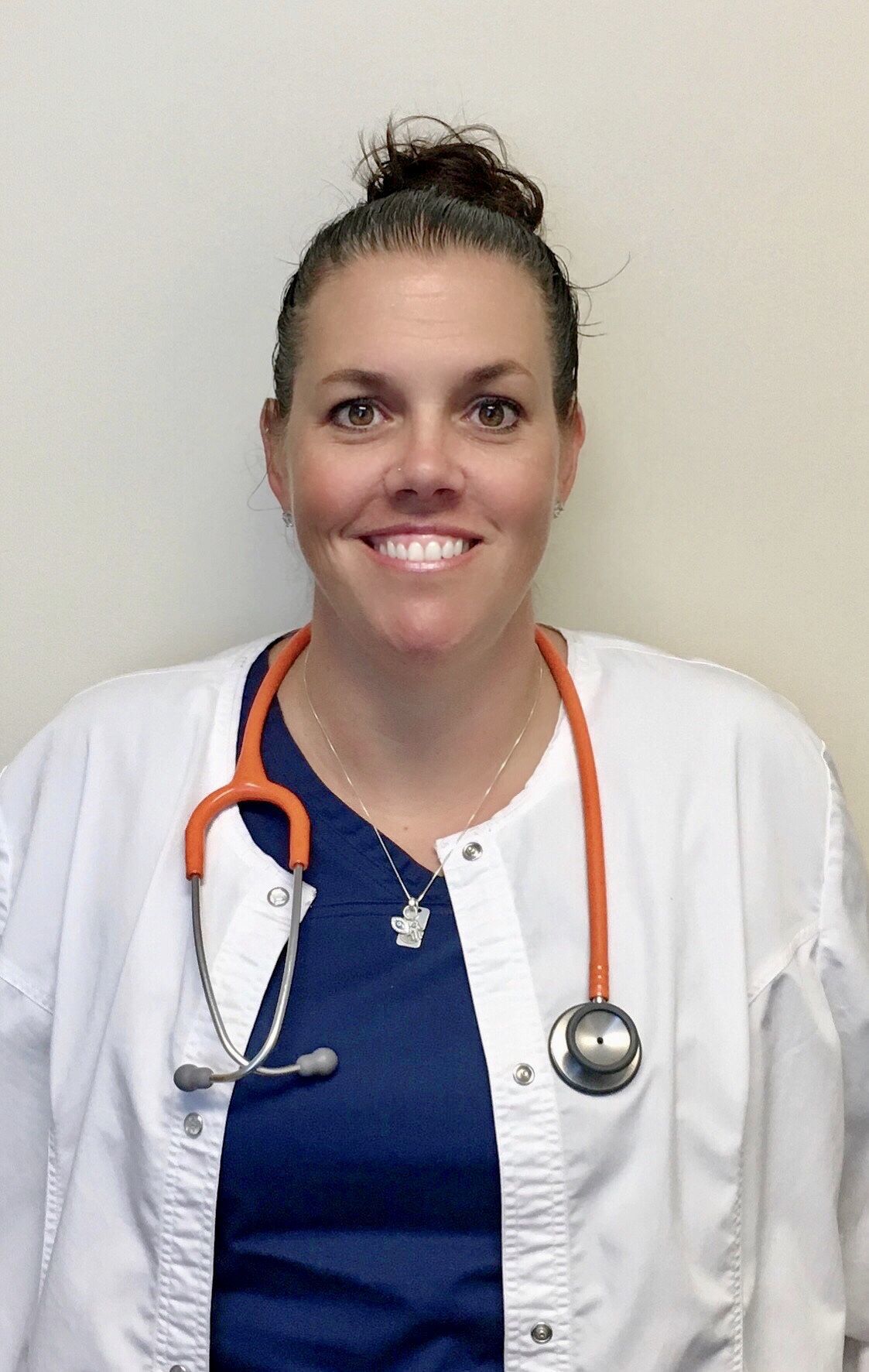 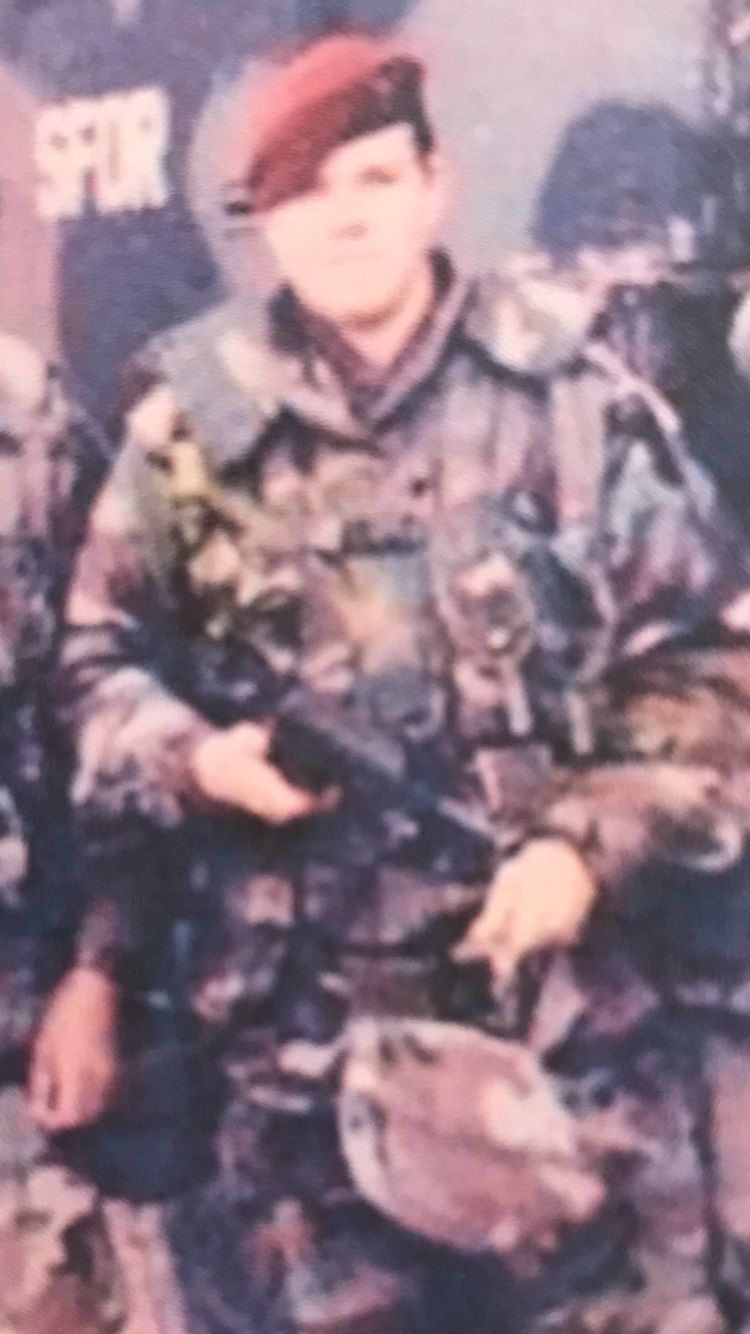 Brandi Taylor gave up one uniform for another.

She wore both — first, green-black-and-tan camouflage and a red beret; then, bright-blue hospital scrubs and a stethoscope — for the same reason: she wanted to serve others.

Born in California and raised in Arizona, Taylor now lives in Virginia, where — after being in the Army for six years — she is a nurse at the McGuire Veterans Affairs Medical Center in South Richmond.

“The doctor comes in and sees you for a few minutes, but that nurse will make you or break you,” said Taylor.

“What you can give to a patient, as a nurse, is the strength to make the best decisions and the power to heal. That’s an amazing thing — a way to give to my brothers and sisters.”

Taylor came by the military the old-fashioned way: She followed the lead of relatives. Her father was in the Air Force and his father — Taylor’s paternal grandfather — was in the Navy.

“I remember them talking about patriotism, fighting for America, being part of that team and what an honor it is,” said Taylor. “Hearing those stories — I was always sort of a daddy’s girl — I felt I wanted to hold myself to the same standard, making them proud, serving the United States.”

The military would take her across the country and around the world, including nine months in a trouble spot: Bosnia-Herzegovina, where a U.S. and NATO bombing campaign would force peace talks among warring ethnic groups.

Taylor, an aviation operations specialist for an attack helicopter unit, would leave the service as a sergeant.

Taylor’s duty in the Balkans, beginning in February 1997 was eye-opening. War and privation — she remembers watching people fighting with each other for food — were reminders that life in America can be far better than elsewhere.

“Never, ever stop appreciating the country we live in,” said Taylor, who was responsible for getting digital flight plans to the two-member crews of Apache attack helicopters of the 18th Aviation Brigade from Fort Bragg, N.C. “You don’t know how good you have it here.”

Taylor completed basic training at Fort Jackson, S.C., and — because skills tests suggested she had an aptitude for flight-related work — was sent to Fort Rucker, Ala., headquarters for Army aviation.

From there, Taylor went to Fort Bragg, assigned to 18th Airborne Corps, of which her Balkans-deployed brigade was part. Just over eight in 10 soldiers in her brigade were men.

And though men outnumbered women among the officers and in the ranks, Taylor remembers the service as gender-blind: “There was no difference. You were a soldier. You had to make it happen. If you didn’t, you’d pack up and go home.”

Returning to the United States from Bosnia, where she earned the Armed Forces Expeditionary and NATO medals, Taylor did another stint at Fort Bragg before her final assignments at Fort Polk, La., and Wheeler Army Airfield, in Honolulu, Hawaii.

Taylor did two tours in the Army — one, four years; the other, two.

She’d have stayed in longer but left because of injuries from an accident in which her Humvee went off the road, flipping over, and when she and six other soldiers were struck by lightning while bedding down in a rainstorm during maneuvers. Taylor had surgery six times for a battered hip and has a permanent limp.

The bumps, bruises and a concussion didn’t keep her from deploying to Bosnia but they would eventually catch up with her.

“I soldiered on,” said Taylor, laughing. Her convalescence was difficult: “You taught yourself to walk again. ... I still have a lot of pain.”

Taylor, the divorced mother of two sons — one is 18, a cadet at Virginia Military Institute; the other, 14, a student at Cosby High School in Chesterfield County, said that while in the Army, she prepared for a career after the service.

With the Army College Fund and the GI Bill paying her way, Taylor earned four degrees — associate’s in finance and nursing, and bachelor’s in business and nursing, the latter, at Virginia Commonwealth University in Richmond, to which she moved in 2012 because her best friend lives here and “I wanted a fresh start,” she said.

While working for an obstetrician-gynecologist in Henrico County, Taylor was a patient at McGuire , not imagining she would join its staff. Taylor said she was impressed with McGuire from the start: “It’s like no other place. When you walk in the door, you’re automatically family.”

Referring to widely reported delays and other problems in veterans care, Taylor said that she and other former military personnel working for VA “can help the veterans so much because we’ve been inside the system.

“If we have to change that one patient at a time, that’s what we do.”

Taylor added, “I feel like in the military you get taught to look out for your battle buddies — and that’s what you do. This is a way for me to continue to do that. I have their backs.”