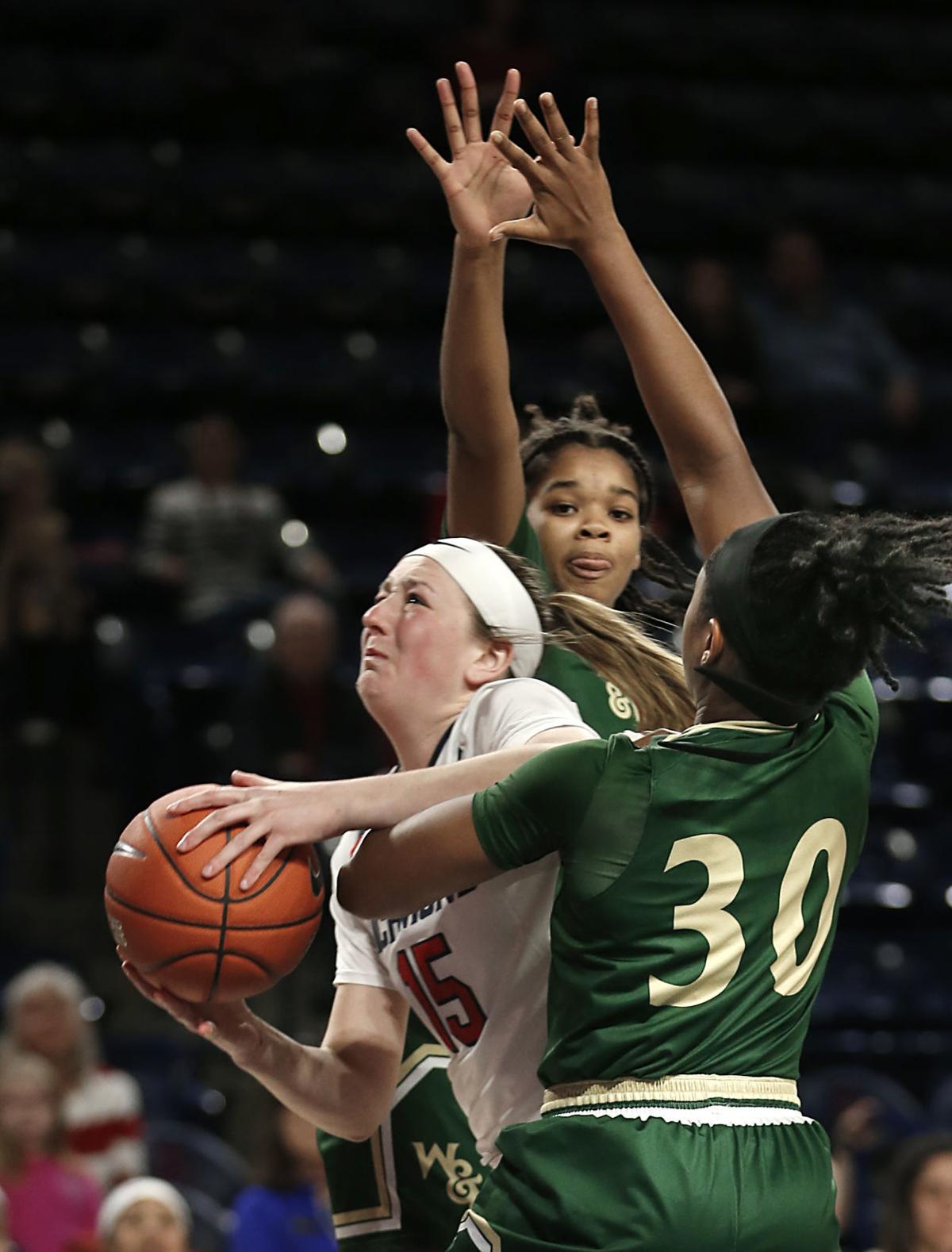 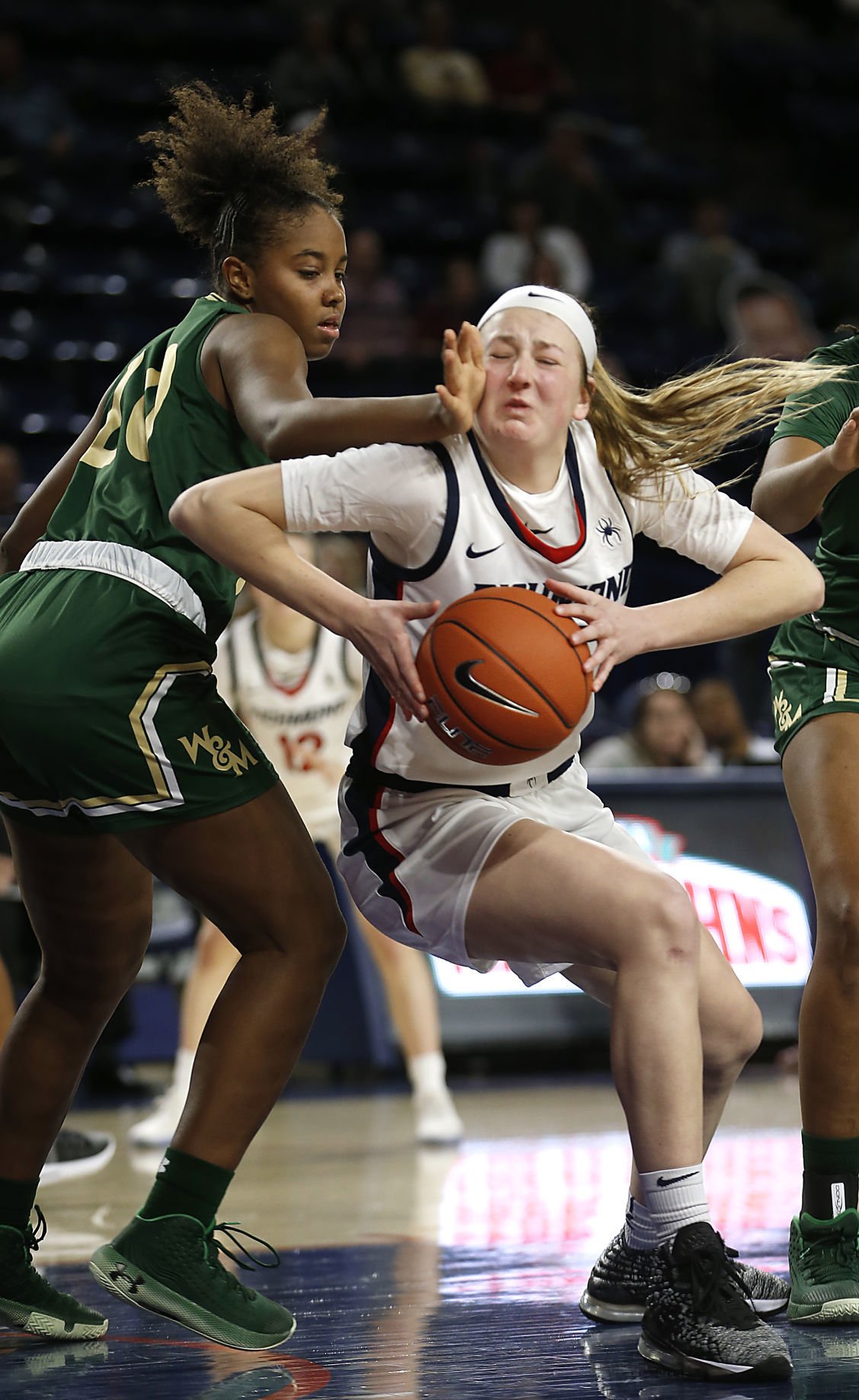 Richmond’s Emma Squires (with ball) finished with 3 points in 16 minutes. UR had to fight to get past W&M in a contest featuring 10 lead changes.

Richmond’s Emma Squires (with ball) finished with 3 points in 16 minutes. UR had to fight to get past W&M in a contest featuring 10 lead changes.

The Spiders shot 51% from the field and 63% from 3-point range. Their shooting prowess helped offset Richmond’s 17 turnovers, and a game-high 29 points from the Tribe’s Eva Hodgson.

There were 10 lead changes in the back-and-forth contest, and W&M (3-1) actually led for nearly two more minutes than UR (4-1).

Tied at 71-apiece with a minute remaining, Alex Parson’s 3-pointer from the right corner was the nail in W&M’s coffin.

Parson finished with eight points and made two of three attempts from beyond the arc.

Kate Klimkiewicz nailed a pair of late free throws to sow up the win for Richmond. She finished with a team-high 21 points, the only Spider in double figures.

VCU 53, East Carolina 40: A dominant first quarter carried the Rams through the final buzzer, while a lock-down defensive effort kept the Pirates’ shooting clip at just 27.4%.

Sophomore forward Kseniya Malashka came off the bench hot, recording six points on the Rams’ way to a 17-8 lead to start the game. Three VCU (2-2) players recorded points in the double-digits, while its bench outscored ECU’s 20-6.

Lashonda Monk recorded 16 points and seven steals for the Pirates (1-4) in the team’s third consecutive loss.

ODU’s Malik Curry hit a 3-pointer with four seconds remaining to cut JMU’s lead to 79-80. But Jacobs sank a free throw and the clock ran out after ODU (3-2) grabbed the defensive rebound.

Despite the tight final score, JMU (3-2) led for nearly 30 minutes.

Randolph-Macon 79, Washington & Lee 68: The Yellow Jackets built a 23-point lead before halftime over the host Generals (2-2) and never looked back despite Washington & Lee’s second-half resurgence.

Junior guard Buzz Anthony led the charge for R-MC (5-0), and finished the night with 23 points and nine rebounds.

Hampden-Sydney 62, Gallaudet 52: The Tigers and new coach Caleb Kimbrough claimed their first win of the season in a road matchup in Washington, D.C.

No. 2 Louisville 76, USC-Upstate 50: Ryan McMahon made consecutive 3-pointers during a surge that rallied the Cardinals past the Spartans.

He followed again from long range, and the Cardinals (5-0) turned up the intensity for a decisive 24-5 burst.