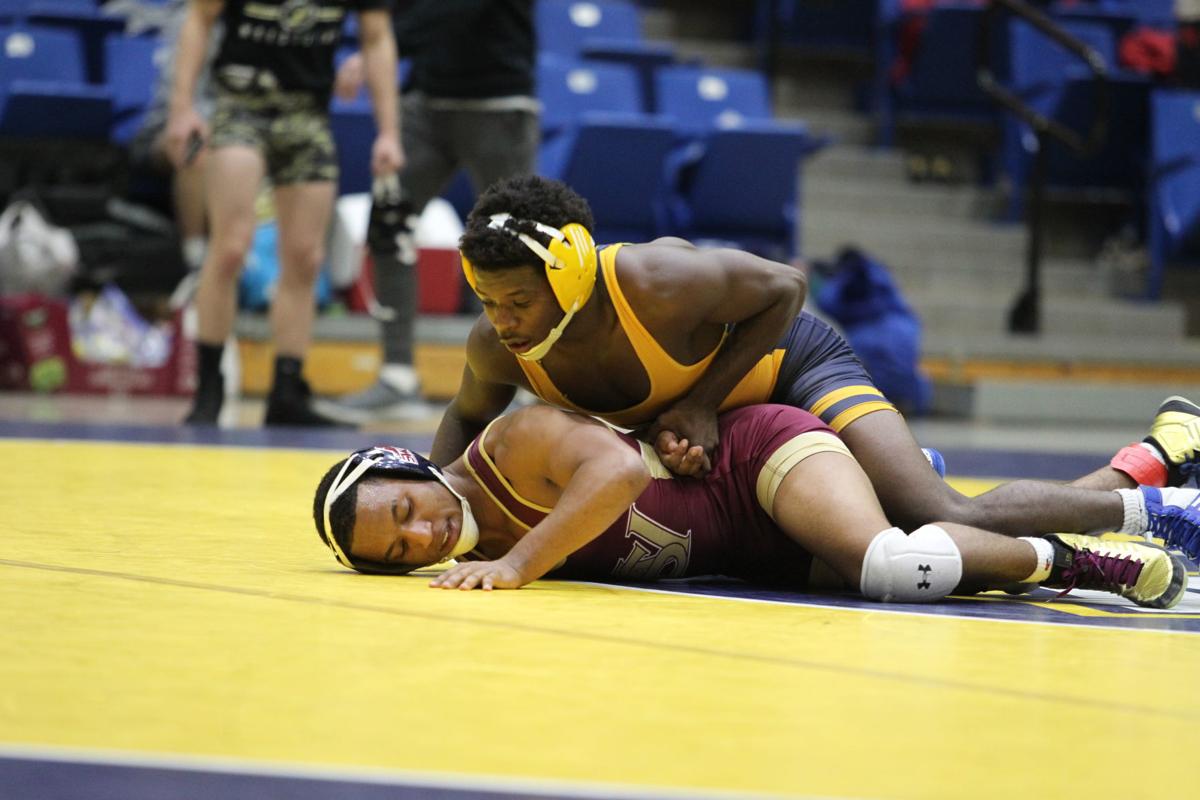 Averett University junior Sam Braswell (top) is 13-2 this season. He is ranked sixth in two national polls at 125 pounds in NCAA Division III. 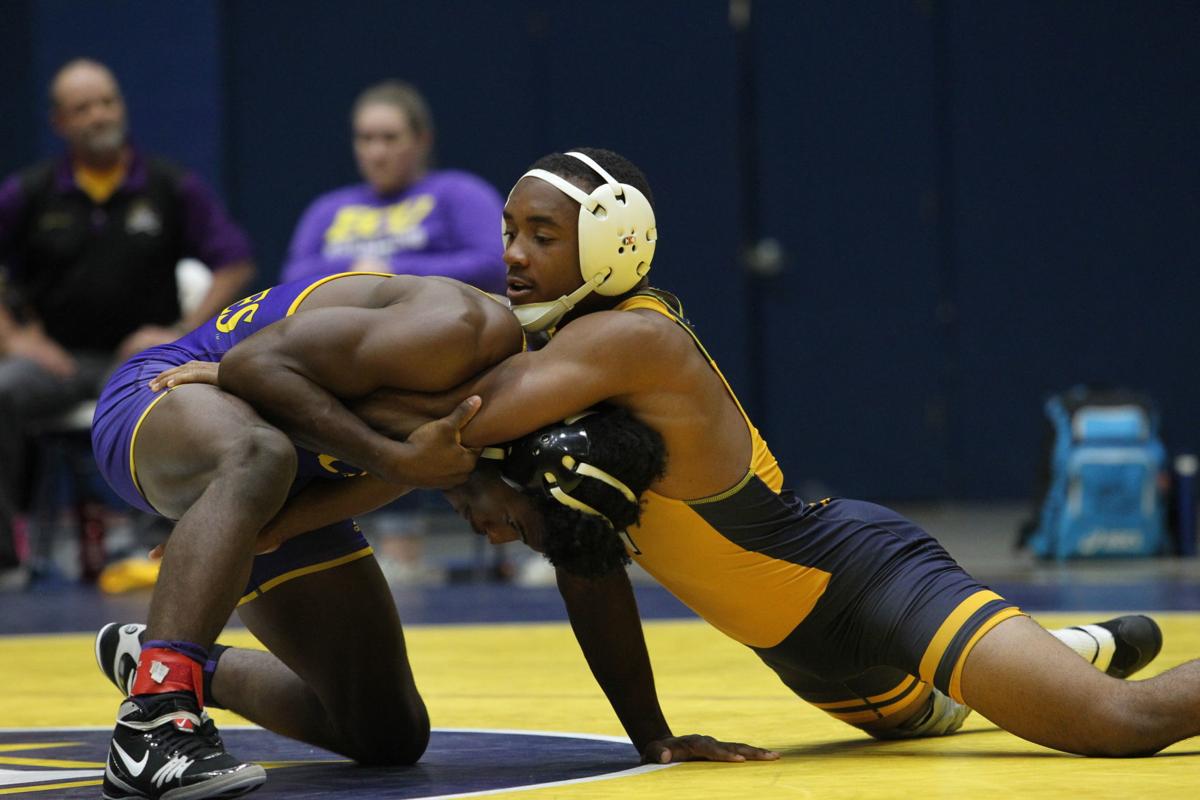 Sam Braswell (left) and Brandon Woody (right) both joined a fledgling wrestling program at Averett after winning state championships at Matoaca. Now, both are among the top Division III wrestlers in their respective weight classes. 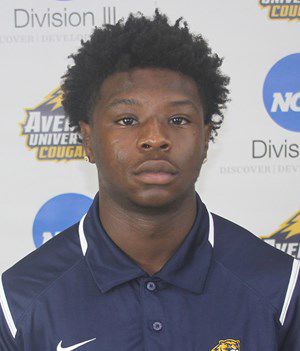 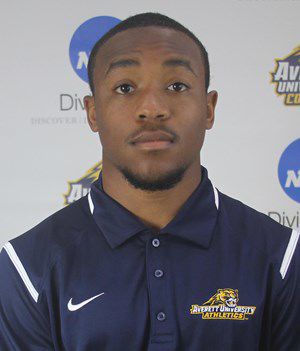 Averett University junior Sam Braswell (top) is 13-2 this season. He is ranked sixth in two national polls at 125 pounds in NCAA Division III.

Sam Braswell (left) and Brandon Woody (right) both joined a fledgling wrestling program at Averett after winning state championships at Matoaca. Now, both are among the top Division III wrestlers in their respective weight classes.

In just its third year of existence, the Averett wrestling team is nationally ranked for the first time.

Slotted at No. 23 in Inter- Mat’s most recent team tournament rankings, the Cougars have made a quick ascent in the world of NCAA Division III wrestling.

“It’s really cool because at one point we didn’t even have wrestling mats,” said first-year head coach Blake Roulo, who spent the last two seasons as an assistant under the program’s first head coach, Tommy Owen. “It’s really cool knowing you’ve been here from the beginning to where it is now.”

It is made all the more special for Roulo because two of his prized recruits have spearheaded Averett’s progression: juniors Sam Braswell and Brandon Woody, both from Roulo’s own alma mater of Matoaca High.

“They were a weekly call for a good part of a year,” Roulo said. “Every week, no matter what, those two kids were getting a call from me every single week.”

“If Braswell and Woody weren’t here, I don’t believe the program would be where it’s at now,” said Roulo, a 2011 graduate of Matoaca.

As two of the program’s first wrestlers, and two if its best, Braswell and Woody had an early responsibility to help lead.

“It was really strange because we didn’t have a culture. Us as freshmen, we had to set the culture,” said Braswell, who recounted practices being held at an abandoned elementary school in the early days of the program because the team didn’t have access to the Grant Center yet.

Roulo admits it took “a leap of faith on their end” to join a school with no established wrestling program. But the wrestlers say Roulo — who they had known for years since he came back on college breaks from Buffalo and George Mason — sold them on a future at Averett.

“He kept in contact with me and telling me the steps and what we can do and how big we can make the program,” Woody said. “He just believed in us and saw a vision and what we could do with the program.”

Adds Braswell: “I wanted to know I was going somewhere where somebody would keep me in check and always look over me and make sure I’m doing the right things.”

So far, their collective belief in each other has led to personal gains all around. Roulo has become the head coach, while Braswell and Woody have gone from within shouting distance of the NCAA tournament as freshmen to potentially eyeing All-America status as juniors.

“Honestly, both of them can be in the national finals. It’s going to come down to a lot of things,” Roulo said. “For Braswell, it’s tough for him to care about the wrestlers that aren’t good. He gets really excited when he’s wrestling someone good. He’s at his best with anyone tough. For him, it’s about keeping him consistent. For Woody, it’s about weight management. But they can both easily, in my opinion, be in the national finals.”

At Matoaca, Braswell won a state championship at 106 pounds as a junior. Woody won state titles his sophomore (106 pounds) and senior (120) seasons. Though they both played a role in helping the Warriors to a three-peat of team championships, they never won an individual title in the same year, something they are striving for now in college.

“We always wanted to win something together,” Braswell said. “We haven’t been able to do that yet, so we’re trying to get it done here.”

After arriving at a school with no wrestling history to speak of, the two wrestlers have helped build Averett into a known entity. Their success so far offers them the opportunity to daydream about what else they can still do. They both went 0-2 in the NCAA tournament last season, and they’re hungry to get back there to prove themselves.

“It’s really cool because we both have the chance to become the first All-Americans in the program,” Woody said. “That’s something I look forward to. We still have great things to accomplish together.”

Parker Cotton is a sports reporter at the Martinsville Bulletin and Danville Register & Bee. You can reach him at (276) 638-8801 ext. 215. Follow @ByParkerCotton.