UPDATE: At least a dozen demonstrators detained after 9 p.m. Sunday night in Richmond 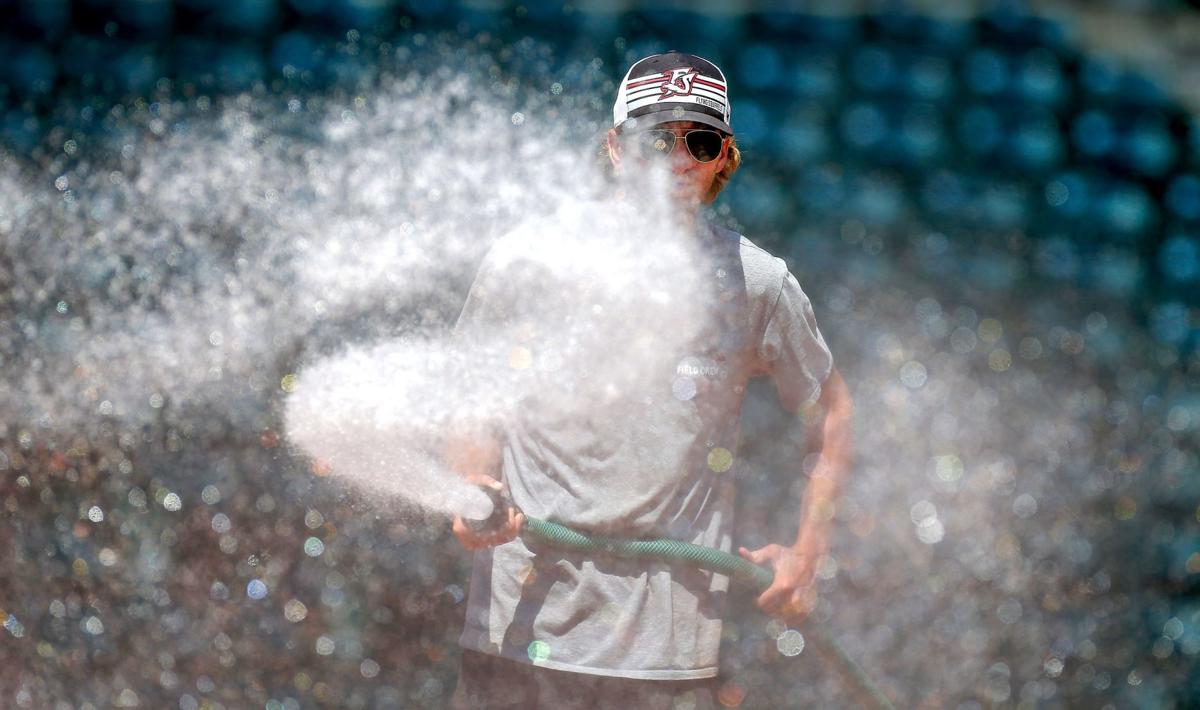 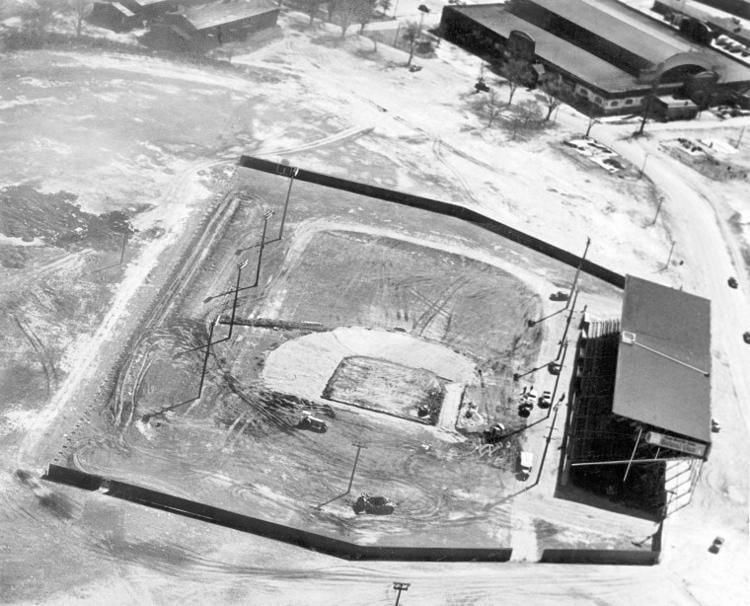 Parker Field in this picture was being prepared for its 1954 opening. The Diamond opened in 1985 at the same site. 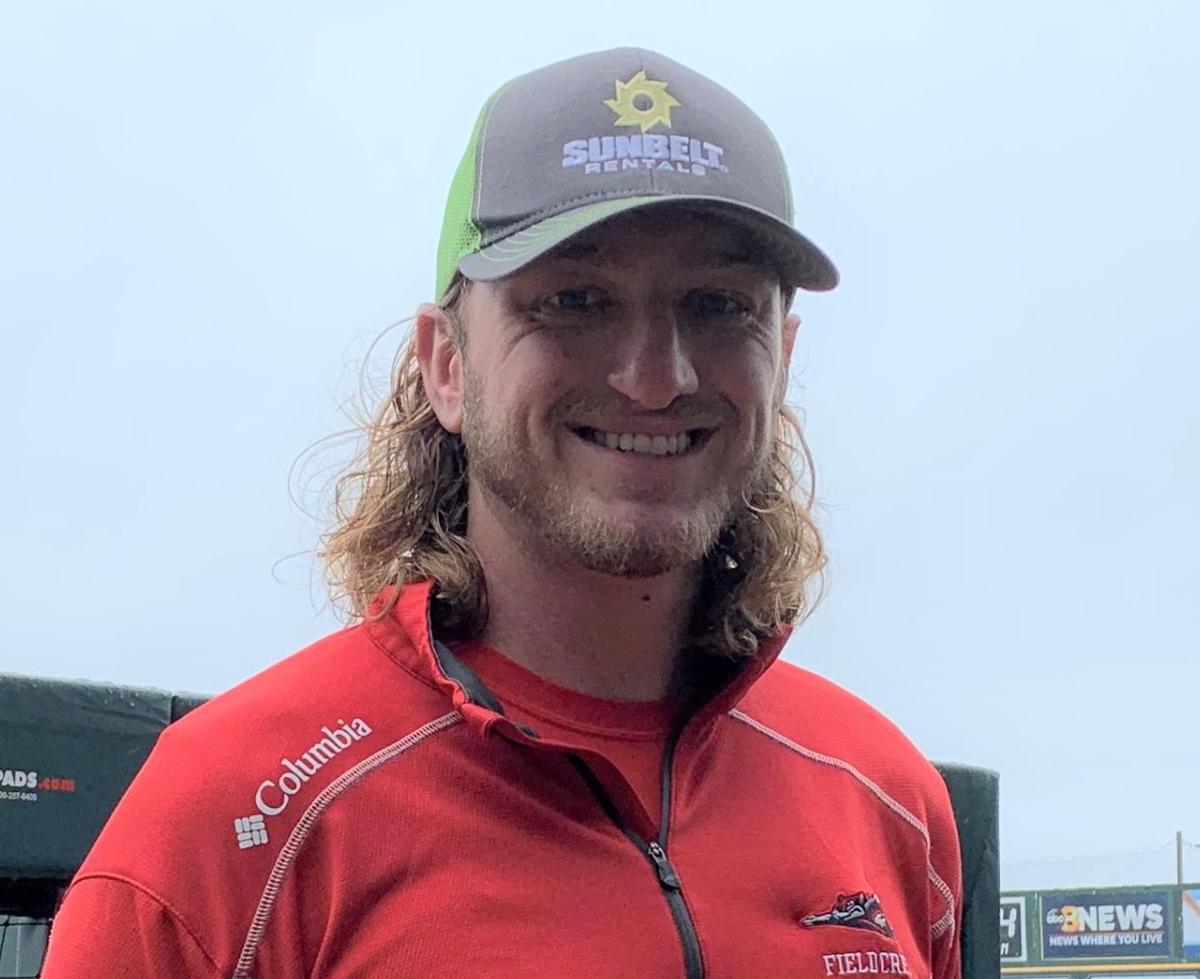 Kyle Nichols has worked in the front office but prefers working outdoors.

Parker Field in this picture was being prepared for its 1954 opening. The Diamond opened in 1985 at the same site.

While The Diamond is quiet these days with the Richmond Flying Squirrels’ season suspended because of the coronavirus, Kyle Nichols continues to take care of business at the ballpark on Arthur Ashe Boulevard. Nichols, the Flying Squirrels’ manager of field operations, maintains the playing surface and deals with other on-site responsibilities.

Todd Parnell, the organization’s vice president and COO, referred to Nichols as the Flying Squirrels’ utility man because of the varied jobs he has regularly been performing at The Diamond while the coronavirus has kept other team employees working from their homes since mid-March.

“He is the player who currently needs to play all nine positions,” Parnell said of Nichols. “And he does so with a great attitude and a great amount of talent.”

Nichols was on his riding mower Monday morning, trying to beat the rain as he cut the outfield grass. First and foremost, he cares for 2.3 acres that have been home to baseball since 1954.

The Richmond area was last without professional baseball in 2009. The Triple-A Richmond Braves left town after the 2008 season and the Flying Squirrels moved in for the 2010 season. But VCU still occupied the field during 2009.

Go back to 1965 to find the last time the field wasn’t being used on a regular basis during this time of year. The Richmond Virginians existed during 1954-64, and the Richmond Braves arrived in 1966.

Minor league baseball remains in limbo as the major leagues try to come up with a no-fans plan that would begin games in July. Nichols said he must proceed with field operations as if the Flying Squirrels will start their season in a week or two, so The Diamond’s playing surface is ready whenever needed.

He mows the grass at least three times a week, with about two hours required for each job. He sees to it that rainwater and wind don’t push the infield dirt into the outfield grass. He fertilizes and addresses other turf issues. He weeds a lot.

Nichols, a graduate of Glen Allen High School, has been part of the Flying Squirrels’ field-management team since 2018. That followed three years working in other front office capacities.

Nichols assisted Steve Ruckman, the Double-A franchise’s groundskeeper from its 2010 inception until last May, and then succeeded Ruckman as manager of field operations. Ruckman became Henrico County’s division supervisor for maintenance, construction and renovation of all athletic fields.

Taking care of a baseball field wasn’t what Nichols had in mind when he graduated from Radford University in 2017 with a degree in sports administration.

“I realized I didn’t like working inside,” said Nichols, 25.

He held construction and landscaping jobs, and they appealed to him. Nichols eventually started helping Ruckman, who continues to be Nichols’ go-to guy when a field-maintenance question rises.

There’s considerably more to Nichols’ job than dealing with grass and dirt. He constructs new bat racks. He power-washes parts of the stadium. He paints areas of the ballpark.

He builds camera platforms. He sees to it that signage and windscreens are attached where they’re supposed to be, and secured. He addresses maintenance projects throughout The Diamond, and there are many of those in a stadium that opened in 1985.

Nichols makes sure all deliveries at The Diamond are accepted and all gates are open when they need to be and locked when they should be.

“These are hard times for all of us, and he’s doing everything he can as a great teammate to all of us to help get us to the other side,” Parnell said.