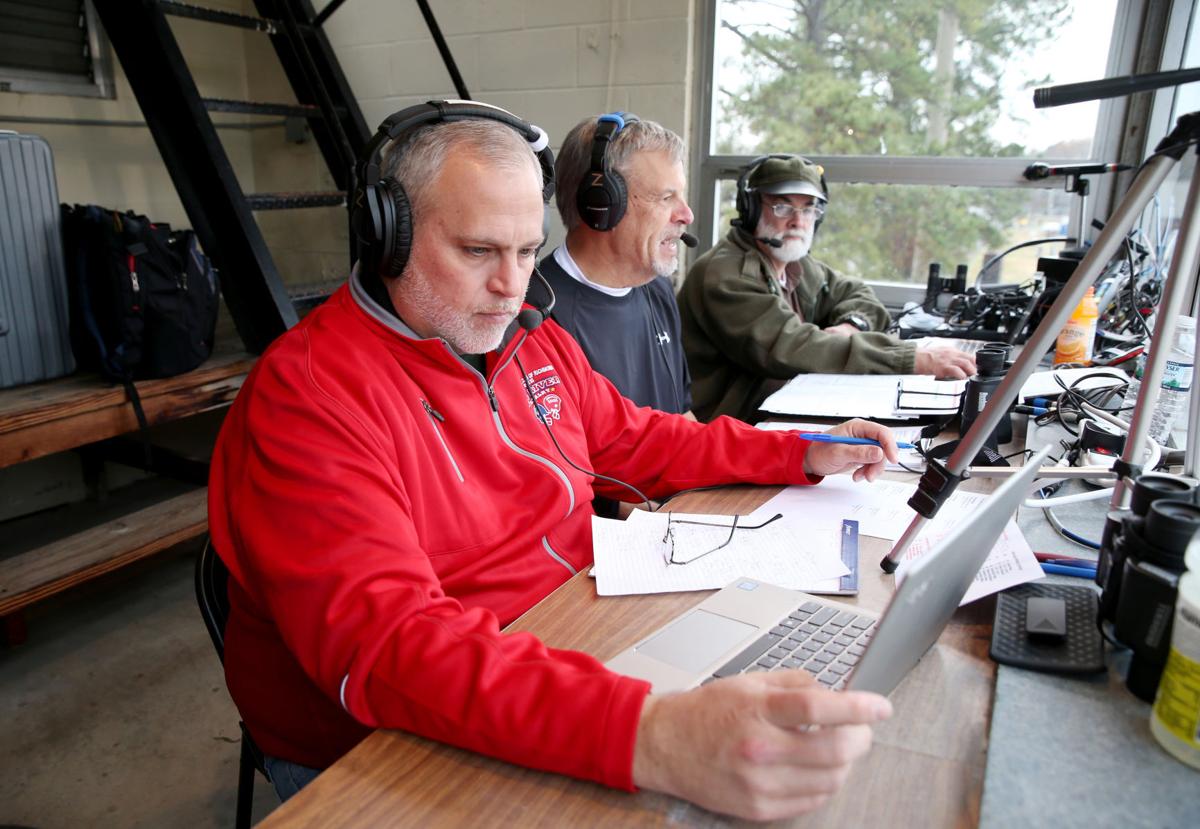 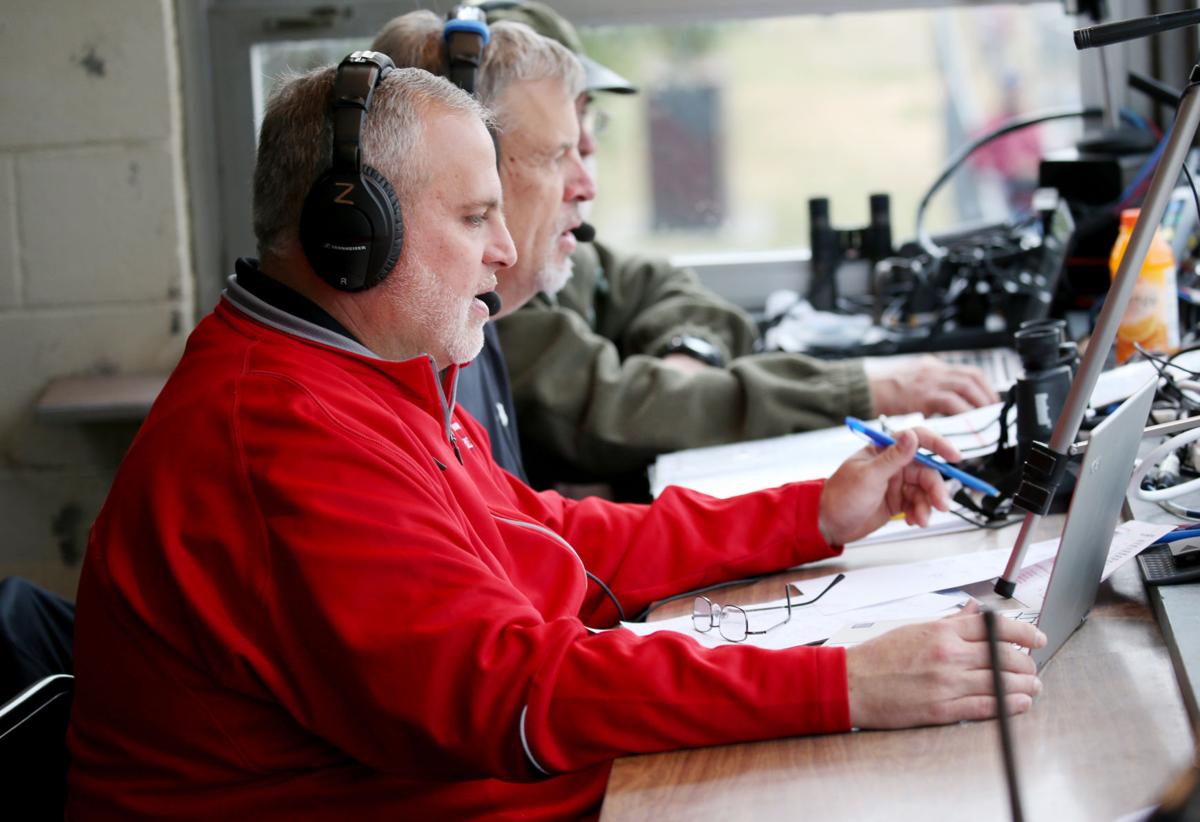 Gary Hess only realized during the stand-up X-ray at Chippenham Hospital that he wasn’t going to be able to call a football game on the radio that evening.

It was a Friday afternoon in October of 1999, and Hess was a few hours removed from flipping his white Mazda 626 on U.S. Route 360 in Amelia County. It was an accident that left him with only minor injuries, remarkable considering that his sedan ended up in the median.

“I’m in there, and I kept thinking, ‘I have a game to get to,’ ” said Hess. “My wife is there, and she says, ‘There’s no way you’re doing a game tonight.’ I then started to feel the effects of the painkillers and realized she was right. … It wasn’t that bad. If the game had been the following day, I probably could have done it. But I was back the next week.”

It is that kind of dedication that has made Hess a valued member of Richmond’s high school football community. Since he began providing football play-by-play full time for WRNL (910 AM), he has missed just three games in 25 years.

The first was because of the car accident.

The next came in November 2002 when Hess and his wife, Linda, closed on their home.

And just this October, he broke his streak of games attended two weeks shy of 15 years to attend the 50th anniversary celebration of his college radio station at Olivet Nazarene University in Illinois.

For 25 years, Hess has been a mainstay in the booth, providing the voice over the airwaves that details the feats of the area’s most accomplished football teams and athletes. In that time, he said, much has changed but other elements have remained the same.

“The quality of the football has changed. It used to be good — now it’s really good,” said Hess, 52, a 1983 Meadowbrook High School graduate. “The game has evolved in 20 years, but it’s still that high school football Friday night. There’s that sameness to it. The elements of it are the same as when we were growing up — the Friday-night feel with the kids and the bands and the games. It’s just a uniquely American thing.”

On Saturday, Hess will go live from Hampton as he calls the Class 5 state championship game pitting Highland Springs and Tuscarora.

In the early 1990s, WRNL provided simulcasts of the Richmond Braves and the Washington Redskins, among other events, but high school football wasn’t a priority. That soon changed as Hess and a host of others worked tirelessly to build the station’s prep coverage — sometimes broadcasting at a Friday afternoon matchup and following with an evening contest.

“We wanted a presence, we wanted to be out there, and you have to have somebody that has the drive, and that’s why he’s doing it 25 years later,” said Mike O’Toole, a former operations manager for sports properties at the station. “It was a team effort for sure, but Gary was the Heisman winner.”

All these years later, Hess remains a respected figure in the realm of prep football.

“I’ve known Gary since I was in high school, when he was calling games, and he’s really a class act,” said Kevin Tucker, a Thomas Dale graduate and now the school’s coach. “He’s always been professional and classy.

Hess meets weekly with coaches to go over scouting reports and depth charts so that there is no third-and-2 handoff to a backup running back that surprises him come game day.

“Sometimes you get guys interviewing you that try to impress you with their knowledge, and Gary’s the complete opposite,” said Patrick Kane, the former coach at Hermitage. “He’s very unassuming, and he doesn’t try to put the spotlight on himself.”

Gary Criswell, a radio analyst since 1996 and Hess’ broadcast partner the past 10 years, said he and Hess enjoy themselves in the booth each week, and he respects Hess’ process and how he goes about his business.

“I’m impressed with the relationships Gary has built with these coaches,” said Criswell. “It’s not easy for high school coaches to build relationships with media, with reporters, like they have with Gary. ... I’ve worked with a lot of play-by-play guys, and he’s the standard I measure everybody else by.”

Gone are the days when Hess broadcasted from Virginia Tech bowl games and other high-profile events, but the reduced travel allows him to spend more time at home with Linda, his wife of 28 years, and their three children: Michelle, 27; Tyler, 22; and Parker, 14.

“The station has remained committed to doing it. I’m thankful for that. I’m thankful I’ve been able to have longevity at the station when a lot of people have not stayed — by their choice or not their choice,” said Hess. “I survived the station in the 2000s, and I’ve been able to keep this going. The station has supported it, the sales people have sold it, and we put a great product on the air. At the risk of sounding immodest, what we do is really good.