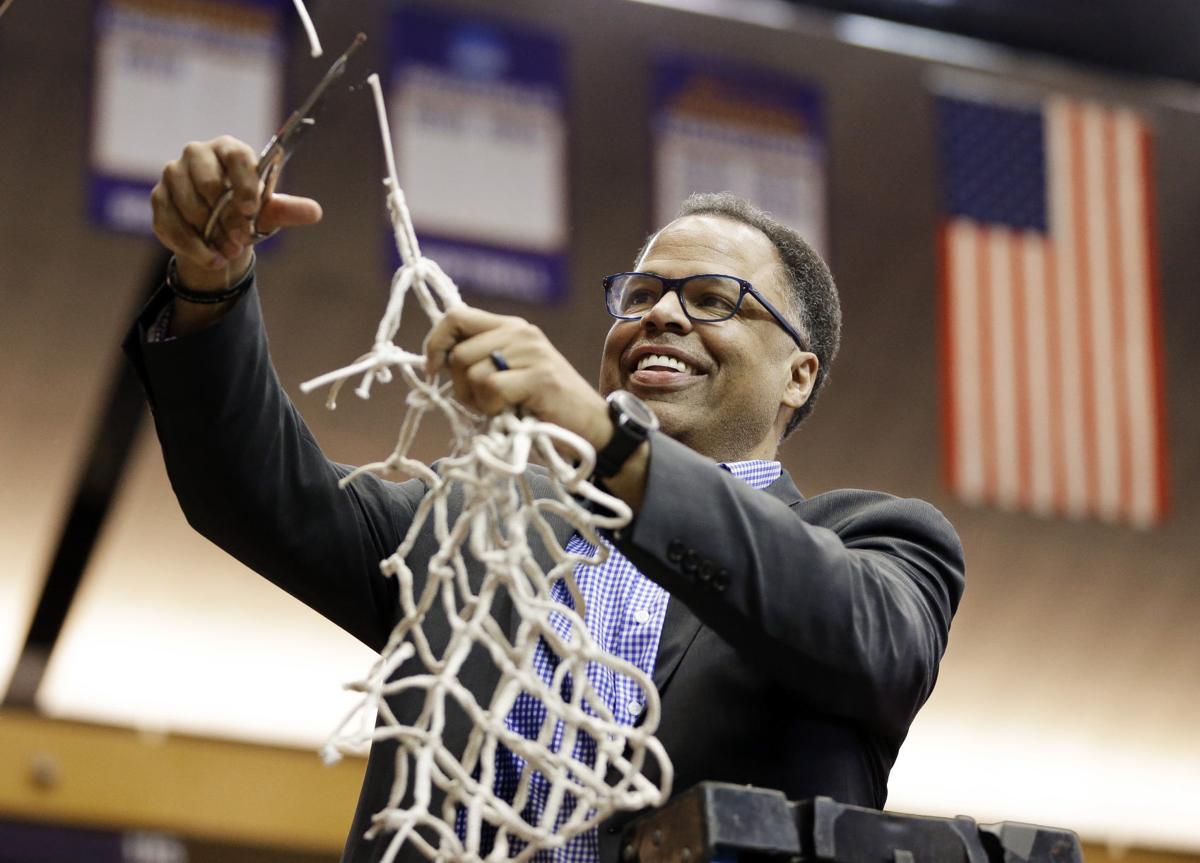 Liberty men’s basketball coach Ritchie McKay agreed Friday to a second contract extension in as many seasons with the university after leading the Flames to back-to-back ASUN Conference tournament titles.

“We wanted to make sure he was properly compensated,” Falwell said. “Whatever he asked for, we gave him more.”

Terms of the deal were not released. McKay made $640,433 in base salary and compensation for the fiscal year ending in 2018, according to the university’s most recent federal tax returns.

The most recent contract extension was announced less than a week after McKay led the Flames to a program-record 30 victories and a second straight ASUN tournament title with a 73-57 victory over Lipscomb at the Vines Center.

Liberty has won more than 20 games in a program-record four consecutive seasons, and it secured NCAA tournament berths in back-to-back campaigns for the first time.

However, the Flames, like other programs, won’t participate in the NCAA tournament following the NCAA’s decision to cancel the 68-team tournament because of the coronavirus.

“[Thursday] when we got the news, there was a lot of frustration, a lot of disappointment,” McKay said earlier Friday during the university’s convocation service. “ … When we lost last season in San Jose to Virginia Tech, our guys have really from that day almost 360 days ago invested in trying to do something that was similar to the experience we shared last year.

“I know they were hurt, they were disappointed, but the beauty in this is we have young men that represent our university in such a first-class fashion. They really are a part of something bigger than themselves, and that’s Liberty University and a commitment to our mission. They handled it with a grace and continued to operate out of a deep sense of gratitude I can only tell you that we’re really proud of them for.”

He spent six seasons as Tony Bennett’s associate head coach at Virginia, and he brought the pack-line defense to Lynchburg.

The Flames finished second in the nation behind UVA in scoring defense. The two programs (UVA at 52.4 and Liberty at 53.8) were the only ones to allow fewer than 59 points per game this season.

McKay boasts a career record of 319-244 in 17 seasons coaching at the Division I level.