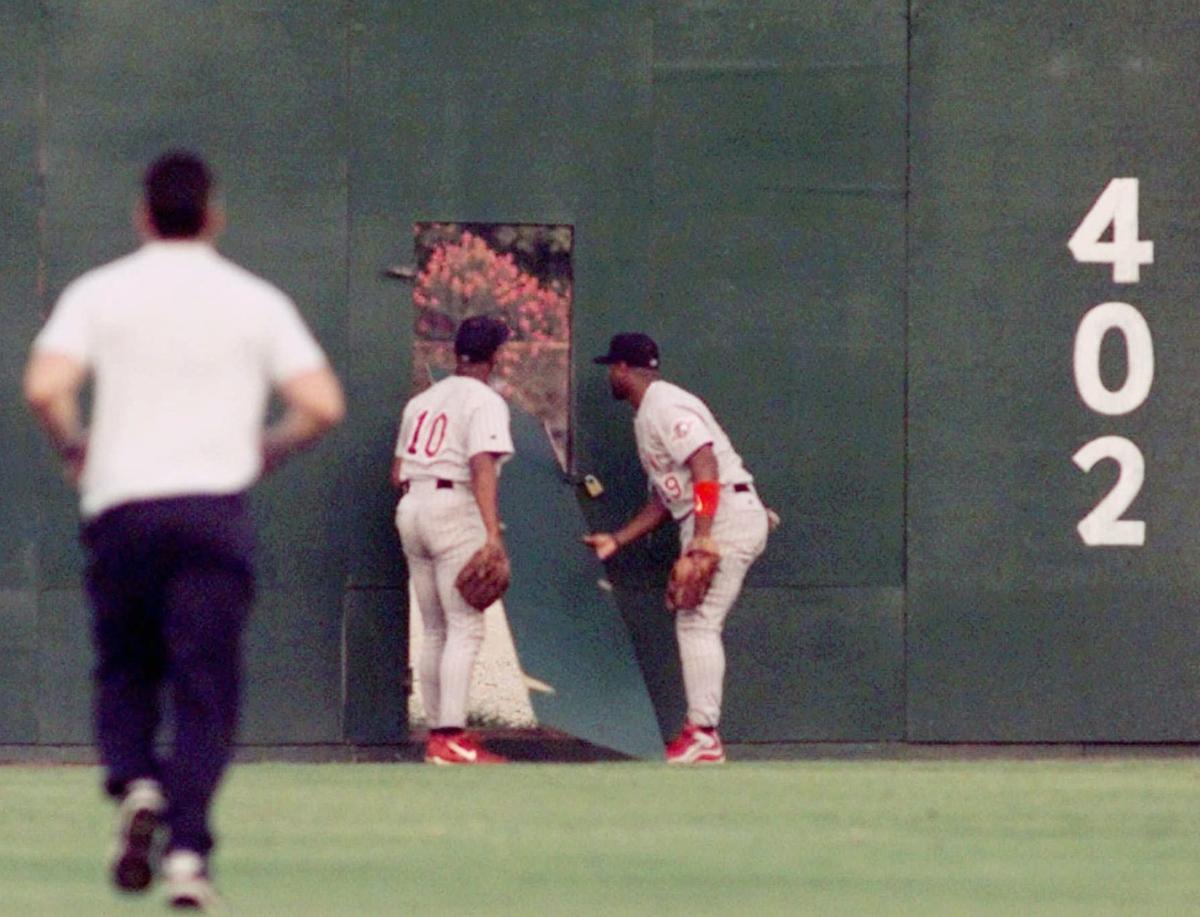 Scranton/Wilkes-Barre left fielder Billy McMillon (10) tried to help center fielder Wendell Magee after Magee crashed through a small door in the outfield wall at The Diamond on July 21, 1998. The result left Richmond Brave Ricky Magdaleno with a bizarre inside-the-park home run and John O’Connor with a lifelong memory. 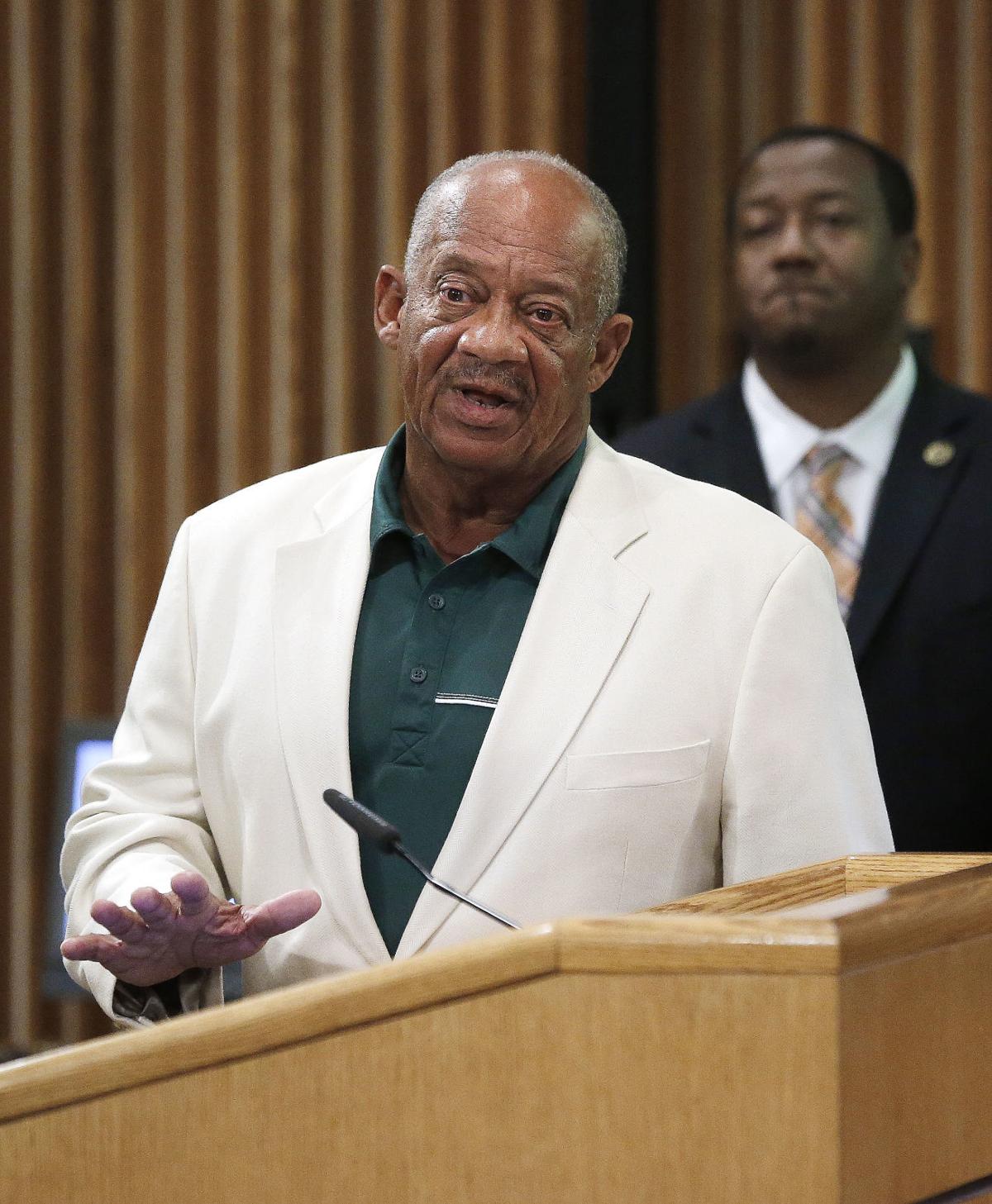 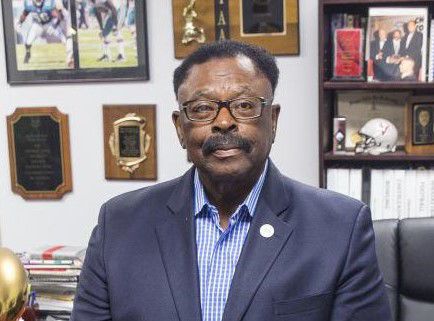 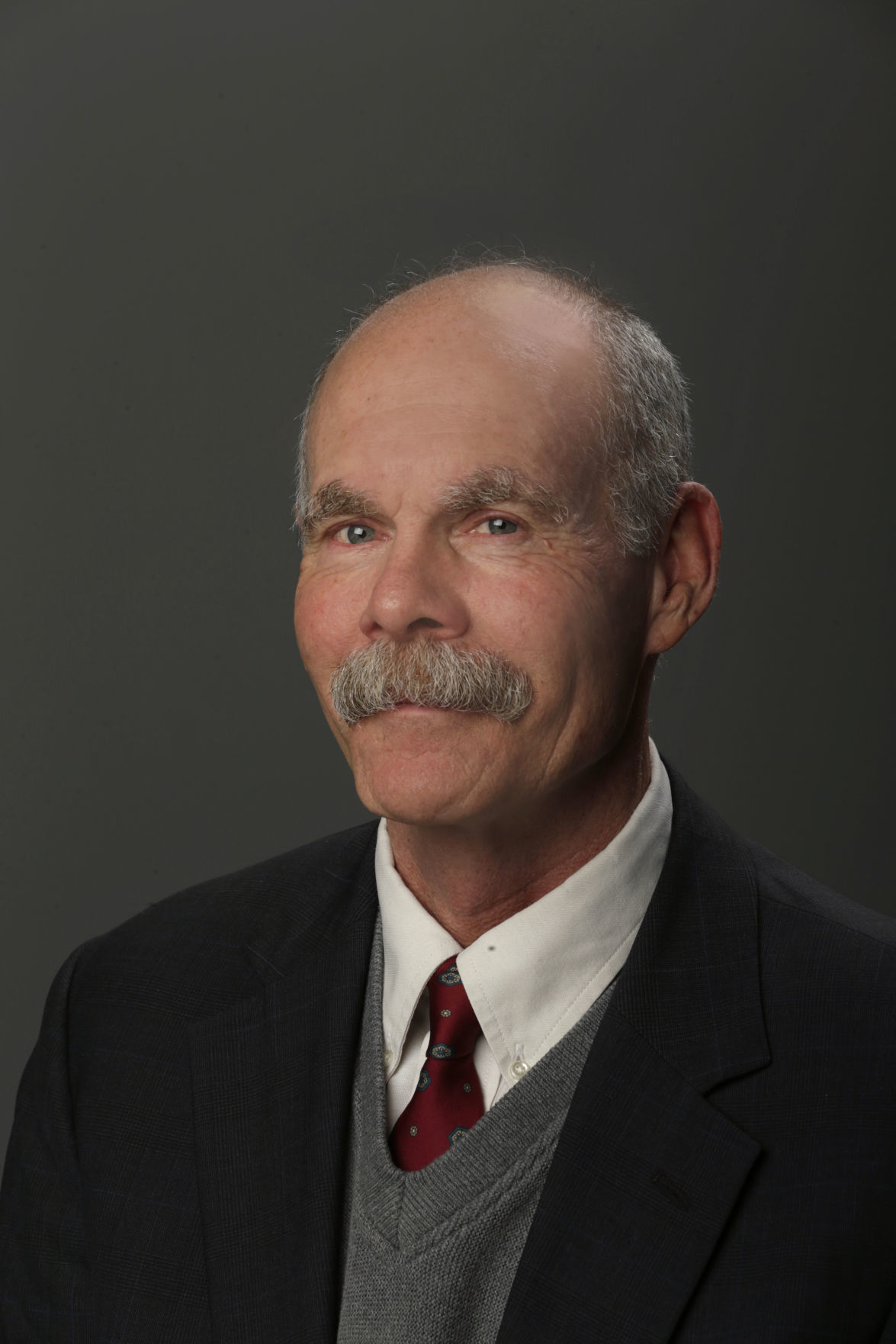 Scranton/Wilkes-Barre left fielder Billy McMillon (10) tried to help center fielder Wendell Magee after Magee crashed through a small door in the outfield wall at The Diamond on July 21, 1998. The result left Richmond Brave Ricky Magdaleno with a bizarre inside-the-park home run and John O’Connor with a lifelong memory.

Each day we’ll turn this page over to our sports writers to share behind-the-scenes stories from their years with The Times-Dispatch and more. John O’Connor covers the University of Richmond, CAA athletics, the Richmond Flying Squirrels and other areas.

A memorable quote: “Like ground glass in your food. You don’t know it, but he’s killing you.” — Highland Springs basketball coach George Lancaster on the remarkably productive and consistent, but unspectacular, Fred Facka of Douglas Freeman. Facka went on to play at Old Dominion from 1982-85.

Favorite athlete/coach to interact with: Virginia Union football coach Joe Taylor was always available, always cordial, always honest, and unapologetically old school. One of his unforgettable lines applies to all endeavors: “Success comes before work only in the dictionary.”

Craziest play: There was a door in The Diamond’s outfield wall. Wendell Magee found it on July 21, 1998. Magee, playing center field for Scranton/Wilkes-Barre, sprinted after a long fly hit by Richmond Brave Ricky Magdaleno.

Magee hoped to make a running grab a few feet from the wall and then bounce off it. Instead, he missed the catch and barreled through the closed and locked door. It sprung open when impacted by Magee, a 6-foot, 220-pounder who previously played running back at Samford University.

The ball fell to the turf. On the ground, outside the ballpark, Magee was stunned but uninjured. Magdaleno circled the bases for an inside-the-park home run. That was followed by a 12-minute delay so workers could reattach the door.

On the road Part I: Colleague Paul Woody and yours truly, following our writing obligations, were locked in Prince George’s Stadium following the Richmond Flying Squirrels’ inaugural game against Bowie in 2010. Didn’t know, until then, that fence-climbing was part of the job.

On the road Part II: Longtime University of Richmond broadcaster Bob Black requested a ride to a Spiders’ basketball game at Duquesne years ago. Company car broke down on Pennsylvania Turnpike (timing belt, toast). Walked to nearest exit, borrowed a car from the operator of a vacuum store. Delivered Mr. Black to a microphone at Duquesne right as the pregame show was scheduled to start. Also, it snowed that day.

Mr. Black took the UR team bus home. Your RTD representative the next morning returned the car to the vacuum store, whose proprietor drove me 30 minutes to a small airport in the middle of Pennsylvania, from which a car was rented for the trip back to Richmond.

Favorite venue: Denver’s Mile High Stadium, formerly home of the Broncos, for baseball. The Richmond Braves played a series in the 76,273-seat facility during the 1991 season against the Denver Zephyrs (Milwaukee Brewers affiliate). The hotel in which our travel party stayed was adjacent to the stadium, and there was a walking path along the South Platte River that led to downtown Denver. Could have stayed a month.

A superlative individual performance: The University of Richmond’s Lawrence Sidbury, with four sacks, dominated Montana in the 2008 FCS title game, won 24-7 by the Spiders in Chattanooga, Tenn.

UR is so fortunate to have a class guy like John covering our athletics !