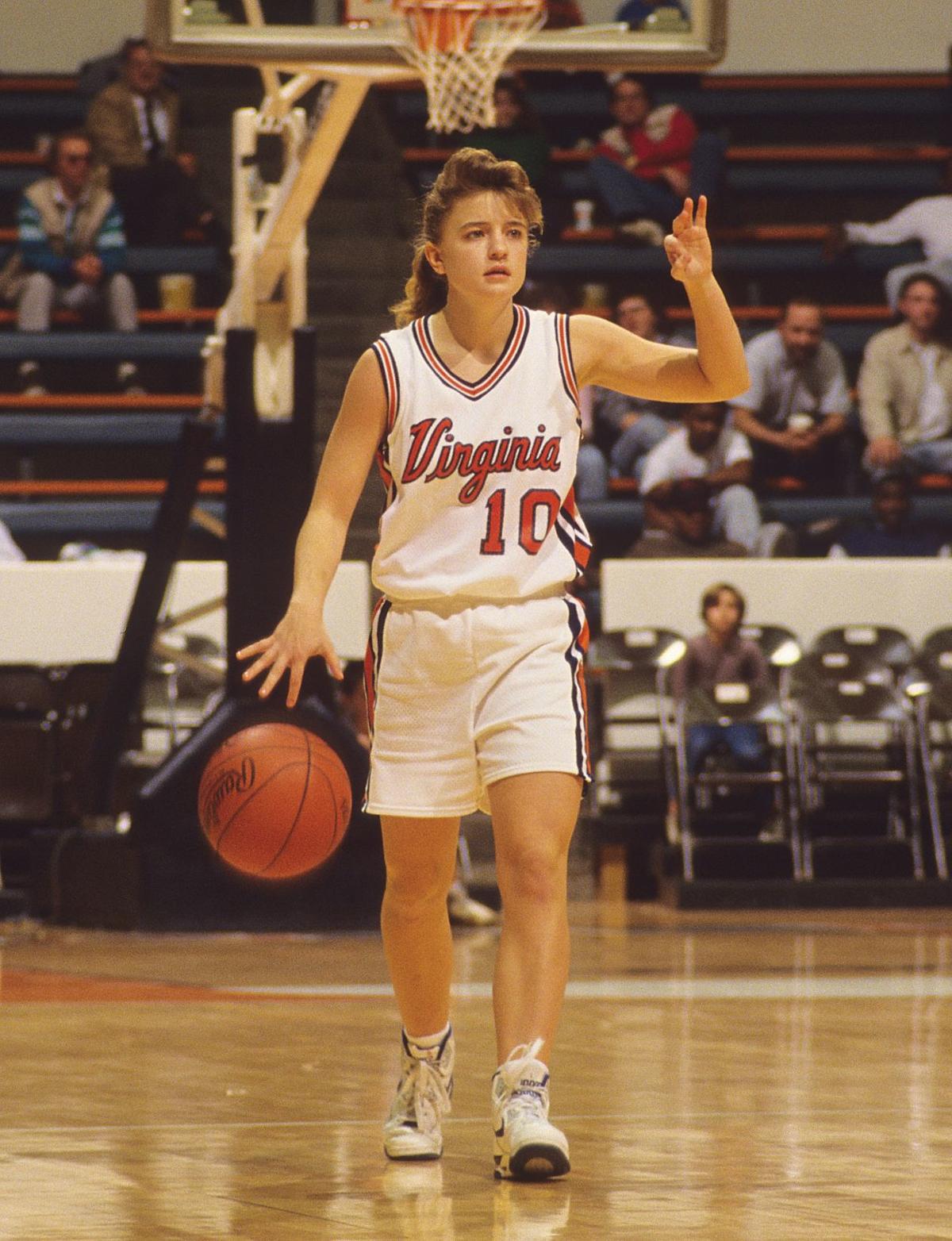 Virginia point guard Dena Evans played every minute of the Cavaliers’ 106-103 triple-overtime win over Maryland in 1993. 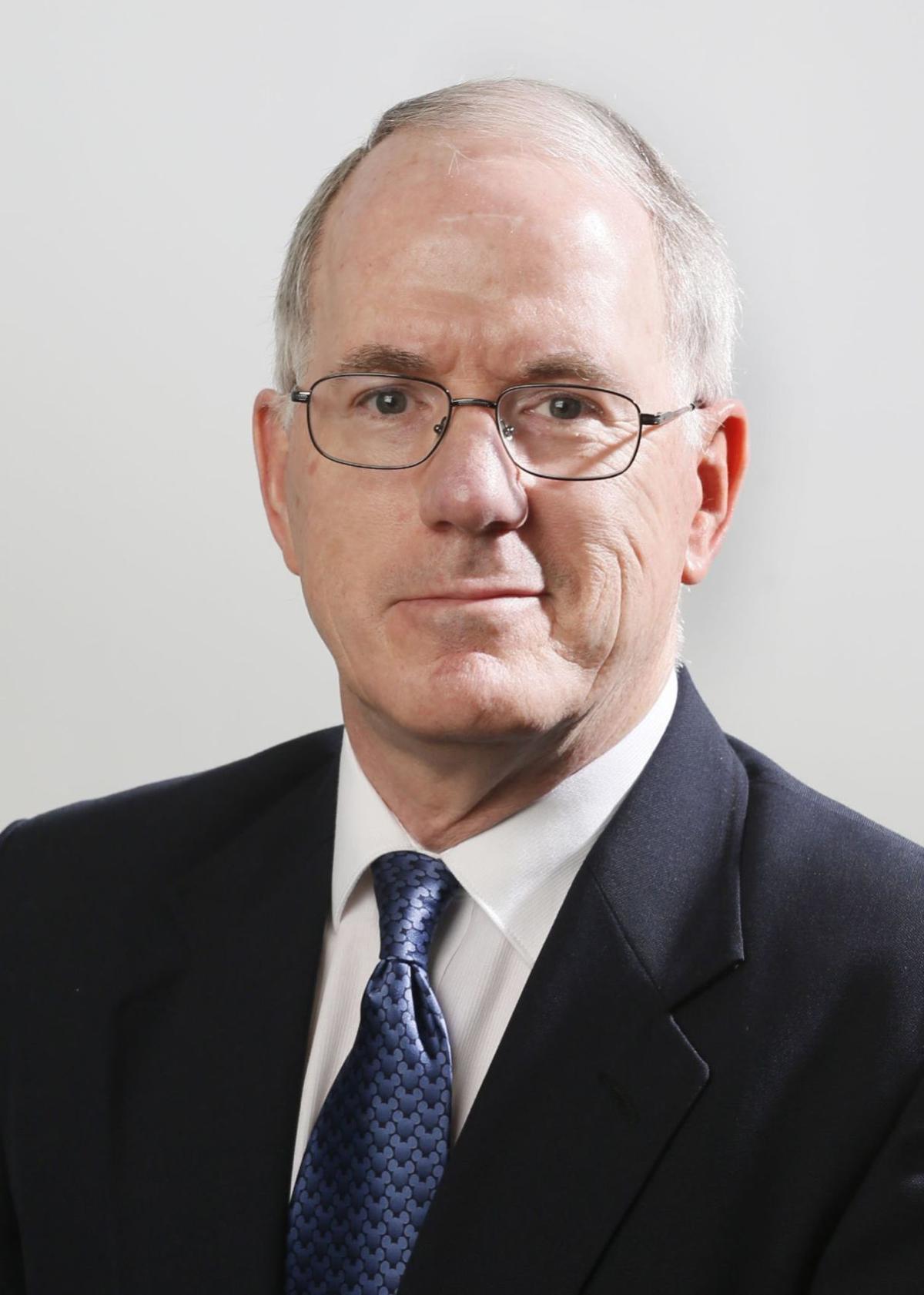 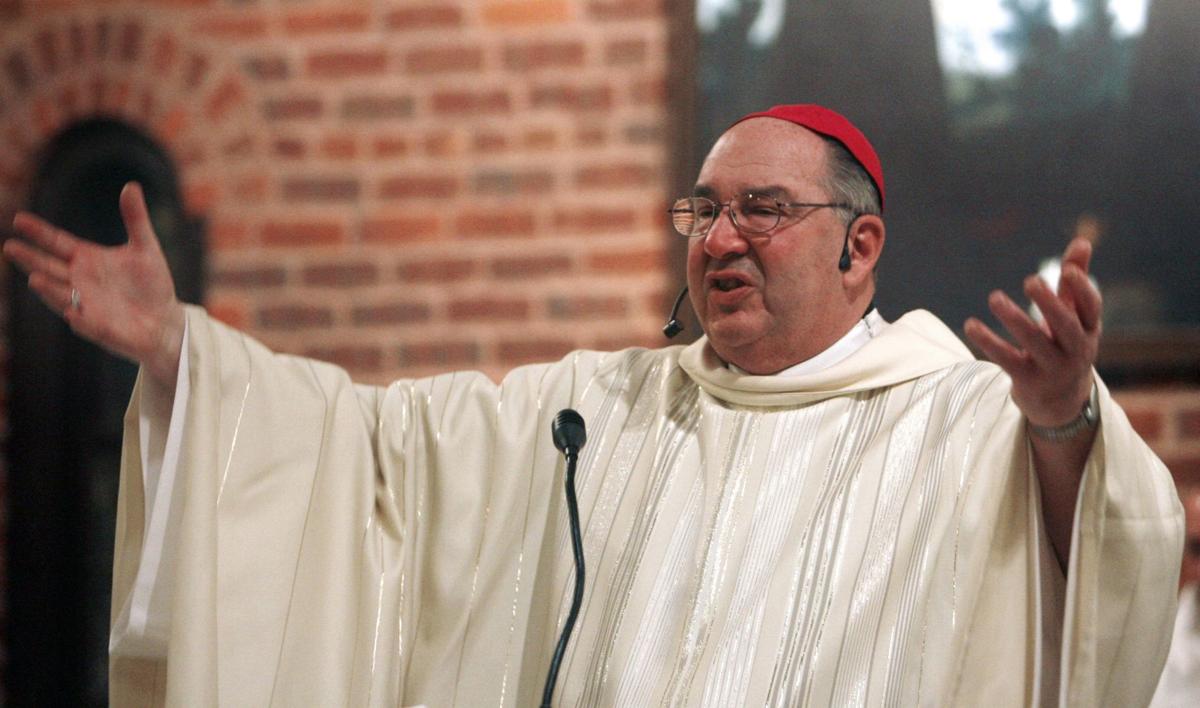 Bishop Francis X. DiLorenzo speaks to parishioners at the Sacred Heart during a mass where he installed Rev. Shay Auerbach as pastor Thursday night, November 20, 2008. 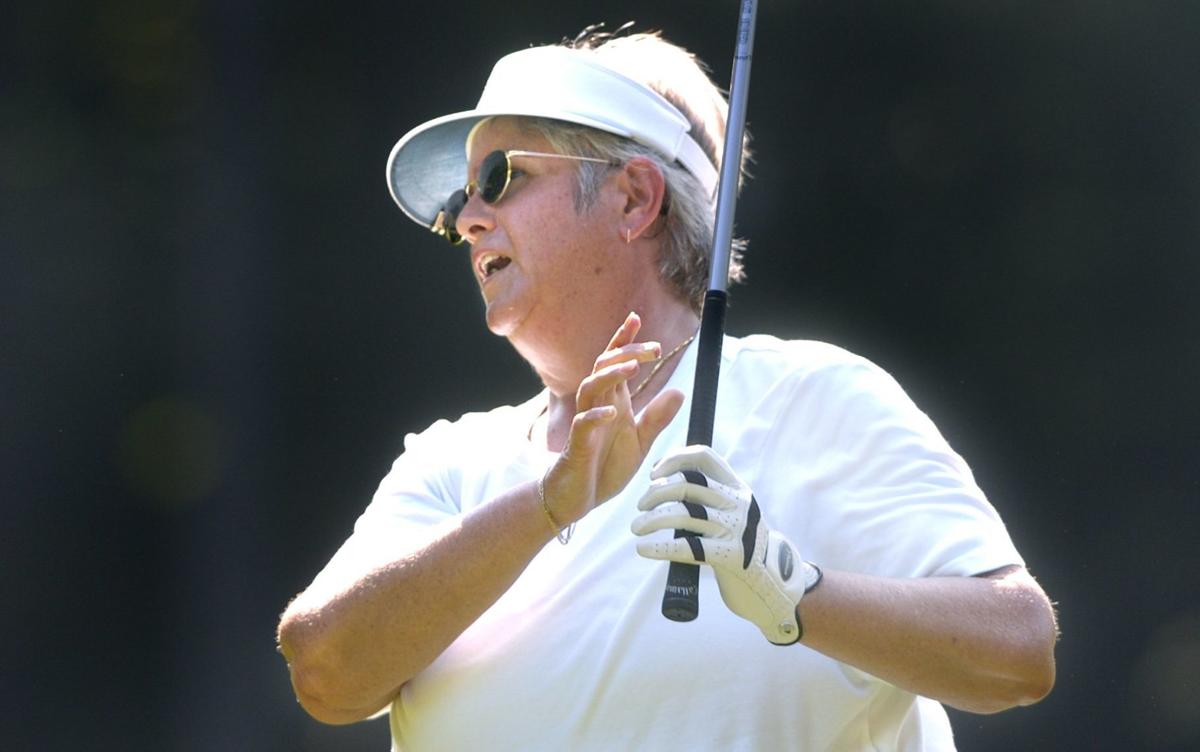 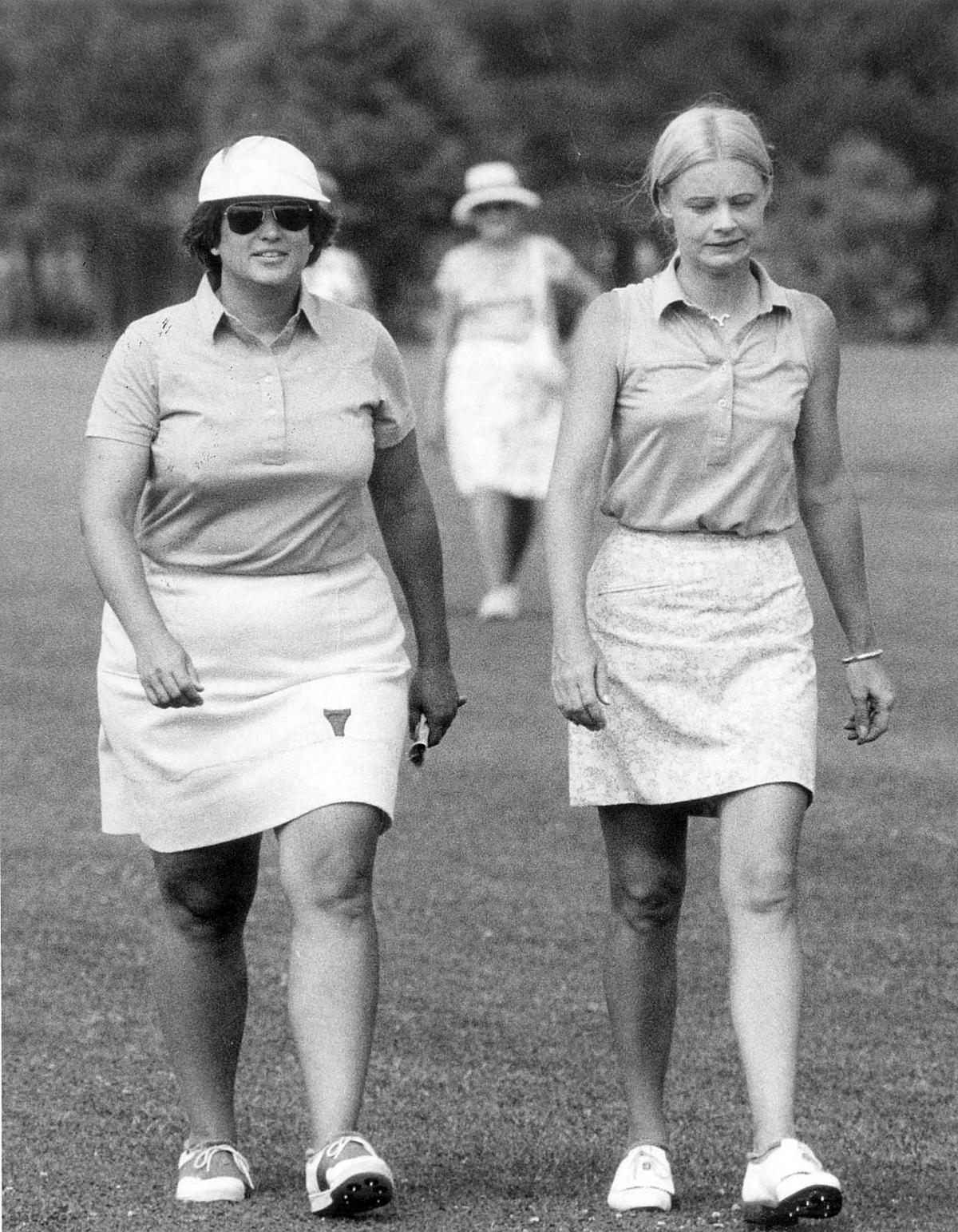 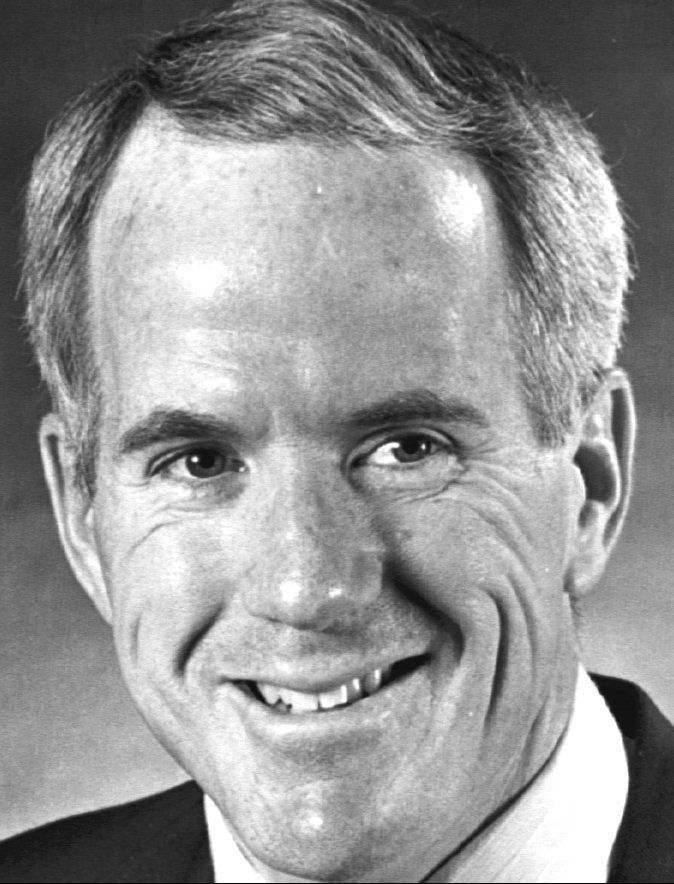 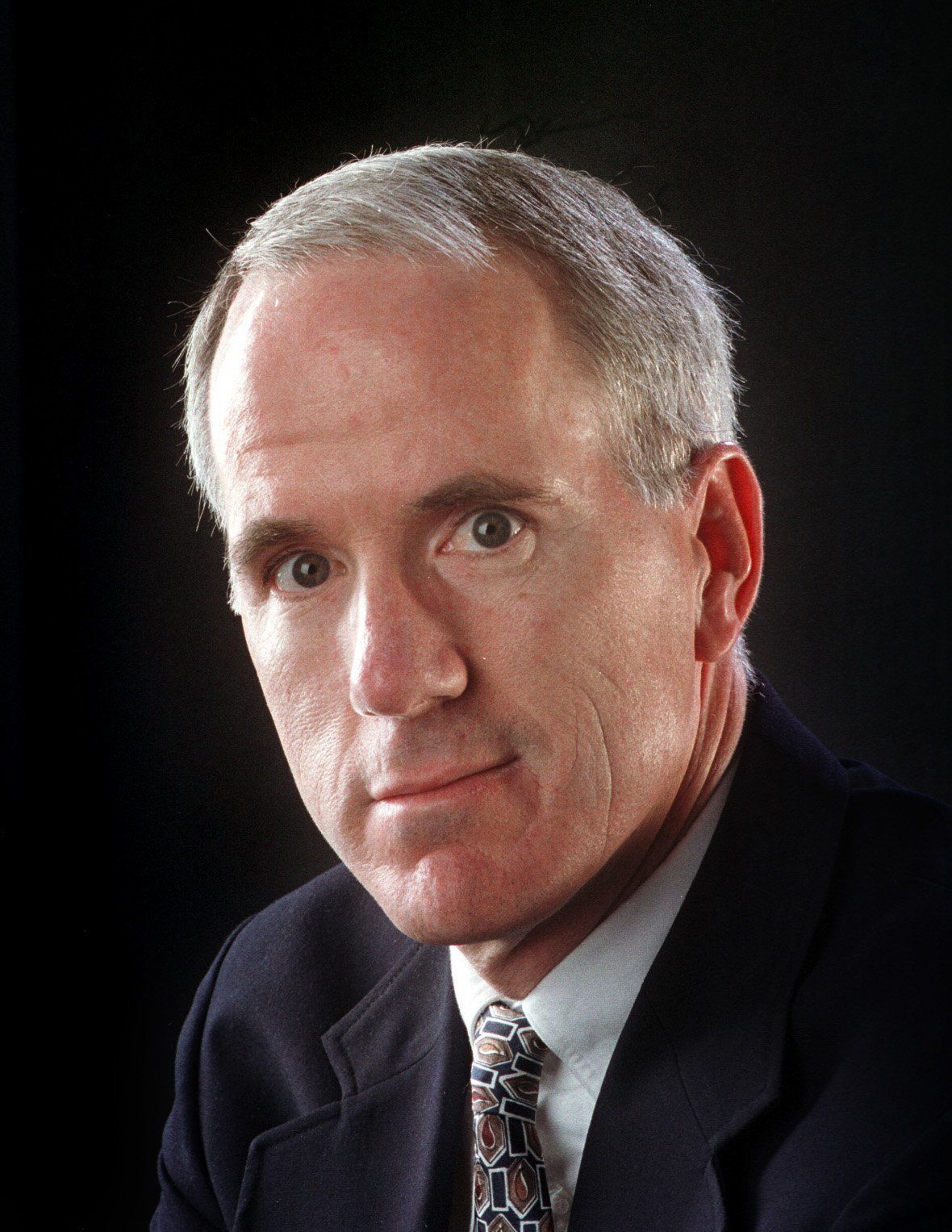 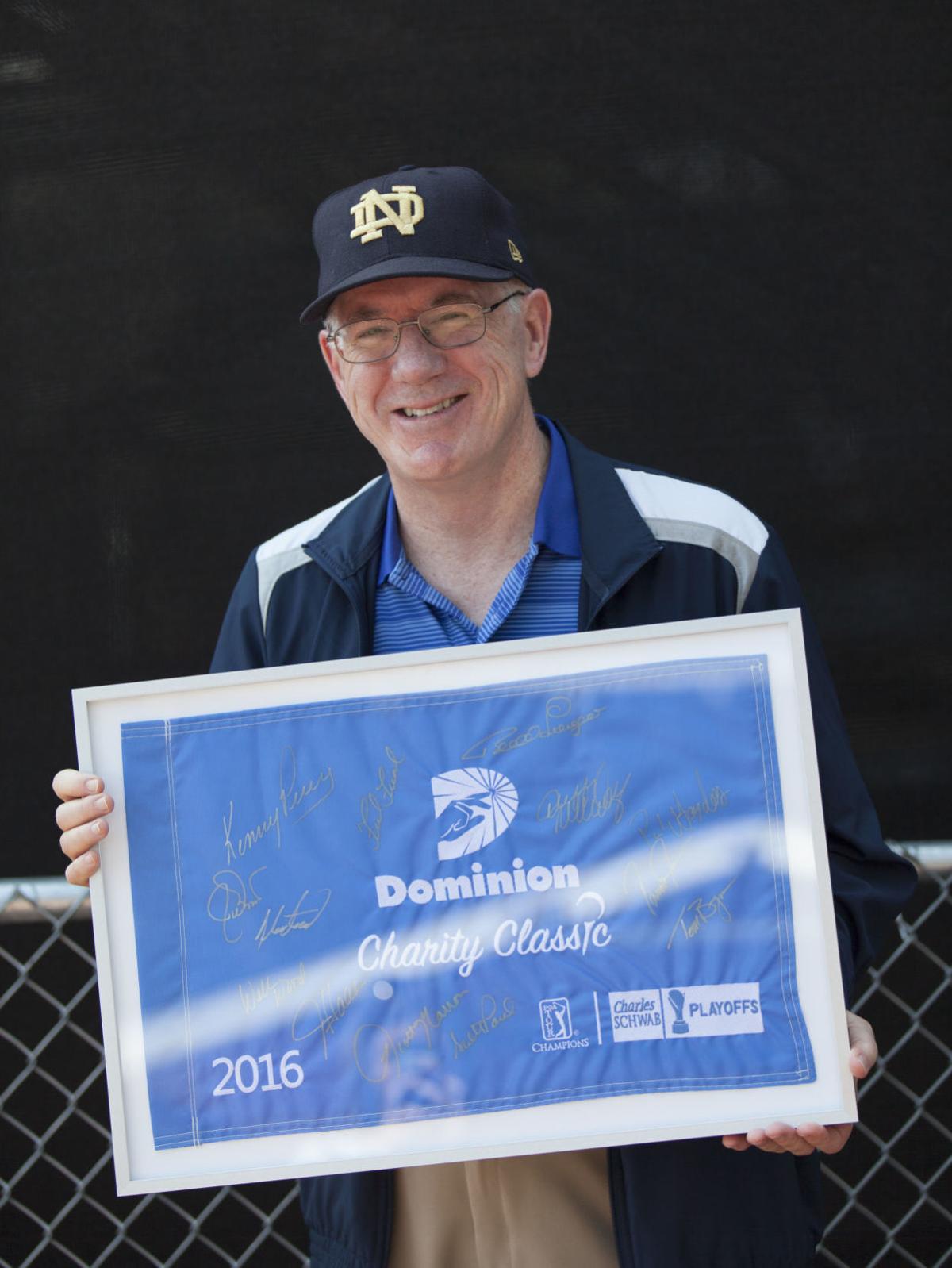 Longtime Richmond Times-Dispatch sports writer and recently retired, Vic Dorr, is honored for his work covering the local golf scene at The Diamond in Richmond on Monday, August 21, 2017.

Virginia point guard Dena Evans played every minute of the Cavaliers’ 106-103 triple-overtime win over Maryland in 1993.

Bishop Francis X. DiLorenzo speaks to parishioners at the Sacred Heart during a mass where he installed Rev. Shay Auerbach as pastor Thursday night, November 20, 2008.

Longtime Richmond Times-Dispatch sports writer and recently retired, Vic Dorr, is honored for his work covering the local golf scene at The Diamond in Richmond on Monday, August 21, 2017.

As champions go, she was no Plain Jane: I’ve watched, followed and written about many of the most talented female golfers on the planet — Annika Sorenstam, Lorena Ochoa and Se Ri Pak among them. But the player I most respect, the individual I’ll most remember when all is said and done, was a local amateur: the late Jane Mack.

Mack was, is and likely will forever remain the target at which Richmond Women’s Golf Association players shoot. She earned 15 City Amateur championships — no one else owns more than five — and four state amateur titles. She competed in three U.S. Opens and three U.S. Amateurs.

“She was an incredible competitor,” said five-time City Amateur champion Boodie McGurn. “She just had — I don’t know quite how to describe it — a knack for figuring out how to get it done when it was most important.”

Mack’s tenacity and shotmaking skill were matched only by her ability to persevere. She overcame two formidable obstacles to reach the pinnacle of local women’s golf. The first: She dealt throughout her career with a daunting list of injuries. Back. Hips. Both shoulders. Both knees. The second: She succeeded without the assistance of Title IX. A child of the 40s, Mack enjoyed none of the benefits available to today’s young female players: scholarships, intercollegiate competition, national and regional junior circuits.

We once discussed this unfortunate reality. I asked if she believed she had been cheated by fate. She was silent for a moment. When at last she spoke, her words were measured and stoic. Most of her words were.

“Sometimes I think about that,” she said. “Suppose I’d been born later. Would Title IX have made a difference for me? More opportunities? More acceptance? Maybe. Probably. But then again…” She shrugged. “Who can say for sure?”

Mack, who earned her first city title in 1970 and her last in 1996, died in late December of 2016. She was 72. A turnout of about 200, including seven former City Amateur champions and one sports writer, attended her celebration of life service. I was the sports writer. I’ve always tried to follow the first and greatest commandment of sports journalism: No cheering in the press box. I thought it appropriate in this case to make an exception.

Seeing is believing — Notre Dame 71, UCLA 70: It happened. I know it happened because I was there. I saw it. But still I find it difficult to comprehend. Notre Dame’s seismic 71-70 basketball victory over UCLA on Jan. 19, 1974 — my senior year in South Bend — wasn’t the best-played basketball game I’ve ever seen (more on that later), but it was without a doubt the most historic. And the most indelible.

Top-ranked UCLA, imperial, apparently invulnerable and riding an 88-game winning streak that seemed likely to survive into the next decade, led 70-59 when the Irish called a desperation timeout with 3:22 remaining. Then, inexplicably, the tide of momentum and emotion shifted. Suddenly, UCLA began playing like a second-division church league team. The Bruins didn’t score again. They misfired on six consecutive shots, including three in the final six seconds, and committed four turnovers. Just as suddenly, Notre Dame began playing like, well, UCLA. The Irish made six consecutive shots, including Dwight Clay’s game-winning jumper from deep in the right corner with 29 seconds remaining.

If you can imagine a celebration that combines the best of New Year’s Eve in Times Square, Mardi Gras in New Orleans and winning the Powerball lottery, you can imagine the glorious bedlam that followed the final buzzer. Students swarmed onto the court from all directions. Press row presented a barrier, but only briefly. Students crawled under or scrambled over the tables. The table at which I was sitting collapsed under their weight. The students kept coming, pouring onto the court in an unstoppable human torrent. I’ve never seen postgame jubilation like it. Nor do I expect to.

Did I anticipate the outcome? Full disclosure: No. I didn’t. But some apparently did. The homily delivered by the Rev. Edmund P. Joyce at Notre Dame’s pregame Mass emphasized faith, trust and belief.

“This is not just an ordinary day,” Joyce told the Irish players. “The chances are good that years from now you will look back on this day as one of the most memorable in your life.”

Memorable it was. For a long time, the message on my telephone answering machine included a snippet of Dick Enberg’s exquisite television play-by-play: “1:02 … 1:01 … one minute left. UCLA’s 88-game winning streak in immediate jeopardy now…”

In French or English, Doucet was music to the ears: The pregame rendition of a national anthem is sometimes more stirring than the game itself. Once, while covering an NHL game in the old Montreal Forum, I had the extraordinary good fortune to hear a live bilingual rendition of “O Canada” by the late Roger Doucet, a tenor of immense ability. The chills I experienced at the time haven’t entirely subsided.

Doucet’s physical presence was imposing. He was a barrel-chested man with thick, silver-white hair. He was good, and he knew it. The power, resonance and patriotic passion in his voice were apparent even to my untrained ears. Listening to Doucet sing “O Canada,” I suspect, was akin to listening to Victor Laszlo sing “La Marseillaise” in Rick’s Café Americain.

“O Canada” is a majestic piece of music. I know the tune and I know the words. Three seasons of NHL coverage will do that to you. Often I silently sing along. But not when I heard Doucet. On that occasion I simply listened, raptly and reverently. Some regard Doucet as the best ever to sing an anthem in an NHL arena. They’ll get no argument from me.

Fifty-five minutes of splendor and suspense: The best basketball game I’ve ever witnessed — and quite possibly the best sporting event I’ve ever attended — was played by women. If you know me, you know the game to which I’m referring: Virginia’s 106-103 triple-overtime conquest of Maryland in the 1993 ACC Tournament championship game. I described it in print as perhaps the finest women’s basketball game ever played. I was chided for my exuberance. Twenty-seven years later, I stand by my story.

The game, played in the Winthrop Coliseum in Rock Hill, S.C., was a thing of aesthetic and competitive beauty. Neither team led by more than five points in a contest that included 21 lead changes and produced last-gasp baskets in regulation and at the end of the first and second overtimes. Three Maryland players scored 23 or more points. Five Virginia players scored at least 15 points.

Cavaliers point guard Dena Evans delivered an effort that was little shy of mythic. She played all 55 minutes, scored 19 points, grabbed five rebounds and handed out six assists. She twice rescued the Cavaliers from all-but-certain defeat: with a running 3-pointer at the end of regulation and a four-foot putback of a teammate’s missed free throw with seconds remaining in the first overtime. Maryland, trailing by three with time running out in the second overtime, earned a reprieve of its own on a 3-pointer that caromed off the glass and into the net as the horn sounded.

Losing coaches typically grumble, complain and offer half-hearted congratulations. Not on this occasion. Said Maryland coach Chris Weller: “A game like that does not come about unless you have two really great teams involved.”

From a holy man, a wholly unforgettable moment: Sometimes you find yourself in the right place at the right time. Six days after the 2007 Virginia Tech shootings, Francis DiLorenzo, the bishop of the Roman Catholic Diocese of Richmond, arrived without fanfare at Tech’s War Memorial Chapel to serve as the principal celebrant at Sunday morning Mass. I know this because I was there on a sports-related assignment. The mood on campus was one of terrible, aching emptiness and despair. I hoped to find peace at the place I’ve found it so many times before: in church. I did not expect to find a bishop.

As the end of the hour-long service approached, DiLorenzo did something remarkable. He removed his zucchetto — a ceremonial red skullcap — with a dramatic flourish. Then he reached into one of the billowing sleeves of his vestments and withdrew a maroon Virginia Tech baseball cap. He placed the cap on his head. The overflow crowd of about 200 gasped, then began to laugh, then erupted in boisterous, cathartic applause. DiLorenzo wore the baseball cap while blessing the congregation at the end of Mass and during the procession that followed. Some, I suppose, watched without shedding tears. I’m not ashamed to say I wasn’t among them.

Now I must confess: I typically forget homilies before they are finished. DiLorenzo’s message resonates still. Christians, he said, are called upon “to love the unlovable and forgive the unforgivable.”

Lights, flights and karma — snapshots from the road: The night was miserable, cold and sloppy. Rain laced with fat snowflakes was falling as I drove south past New York City following a basketball assignment in Connecticut.

I don’t recall the date. I do recall looking to my left when I was more or less abreast of lower Manhattan and seeing a not-to-be-forgotten sight: two beams of ghostly blue light, fighting for survival in the rain, fog and overcast. The light seemed intent upon climbing toward the heavens. Or perhaps it was simply showing the way. This was the 9/11 Tribute in Light at Ground Zero. It was at once beautiful and haunting. I shivered. The weather was not responsible.

Thriling writing!!! You have gotten my day off to a wonderful start. More posts please

Vic, artfully written as always. Really enjoyed reading all of your vignettes from the past. Thank you for sharing. You make all Cadet and Fighting Irish alumni not to mention your hometown proud!