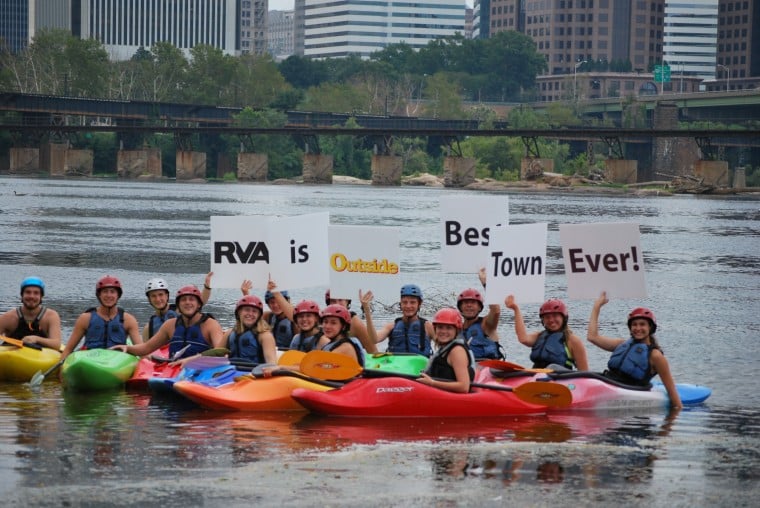 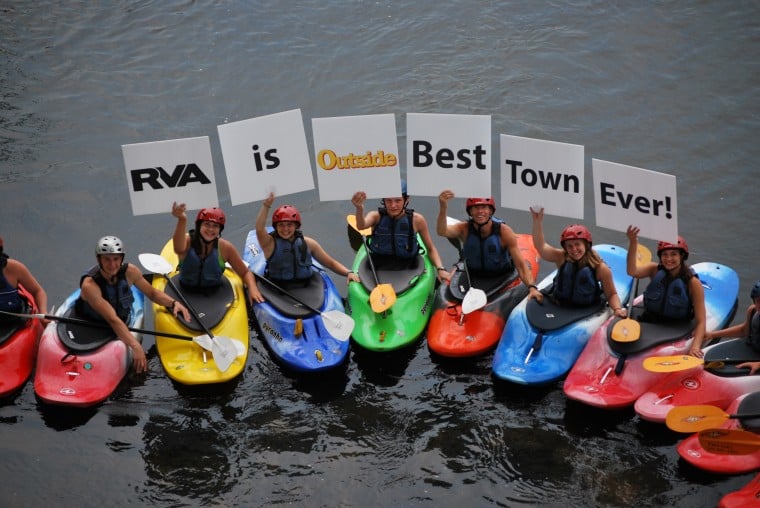 We won! We knew we were going to win Outside Magazine's 'Best Town Ever’ (especially when they were spotted all over Richmond), but it's official - we won!

From this month’s issue:

To help select America's most progressive, adventurous, and livable river towns, we turned to a trusted source: You. Over the past few months, 20,000 readers in 10 finalist towns selected with the help of American Rivers, the nation's leading freshwater nonprofit, engaged in a mostly friendly and always opinionated online competition to determine the cities that are most serious about recreation and environmental stewardship. Our surprise winner: Richmond, Virginia.

The James River Association has a lot to do with the resurgence of nature and overall cleanliness of the James River, and not just in Richmond. See more from their release:

The James River Association salutes Richmond for being named “Best River Town” and celebrates the tremendous statement this distinction makes about the James River.  This type of recognition would not have been possible or even considered 35 years ago when Outside was launched.  At that time, the James River was frequently contaminated with raw sewage and toxic chemicals including kepone which shut down the entire tidal James River to fishing for 13 years.  Today, the river provides extraordinary outdoor activities and lifestyle for Richmond and other communities along its course.

“In going from ‘Dumping Ground’ to ‘Best River Town,’ the James River has gone through a remarkable transformation,” said Bill Street, JRA’s Executive Director.  “This selection by Outside magazine, in partnership with the national conservation group American Rivers, is a tremendous acknowledgment of the progress we have made in restoring the James River and a recognition of the strong love and commitment that area residents have for the river.”

Improvements to the health of the James River have been the result of a diverse collective effort by many concerned citizens, businesses and governments.   Quite fittingly, October is the 40th anniversary of the Clean Water Act as well, which played a major role in helping control pollution from the industries and cities that most affected the river’s health.

“Arguably, the James River is the most improved river in the nation, thanks to all of work over the past 40 years,” continued Street. "We’ve come a long way, but the river is still only half way to full health. I hope this recognition for Richmond spurs more people to realize what a great asset they have right at their doorstep and to work to protect the river.

“On the banks of America’s Founding River, Richmond is America’s original river town and now also named its best. We have an obligation to protect and improve the health of the James River so that it will continue to enrich our lives and the lives of future generations.”

If you've been to an event in Virginia that had giant "LOVEworks" on display, chances are smiling people were gathered around the over-sized l…

How Healthy is Richmond Region Tourism?

Remember when Richmond was up for Outdoor Magazine's Best Town Ever in 2012? That's not enough, we want the title of "Best American Riverfront" too.