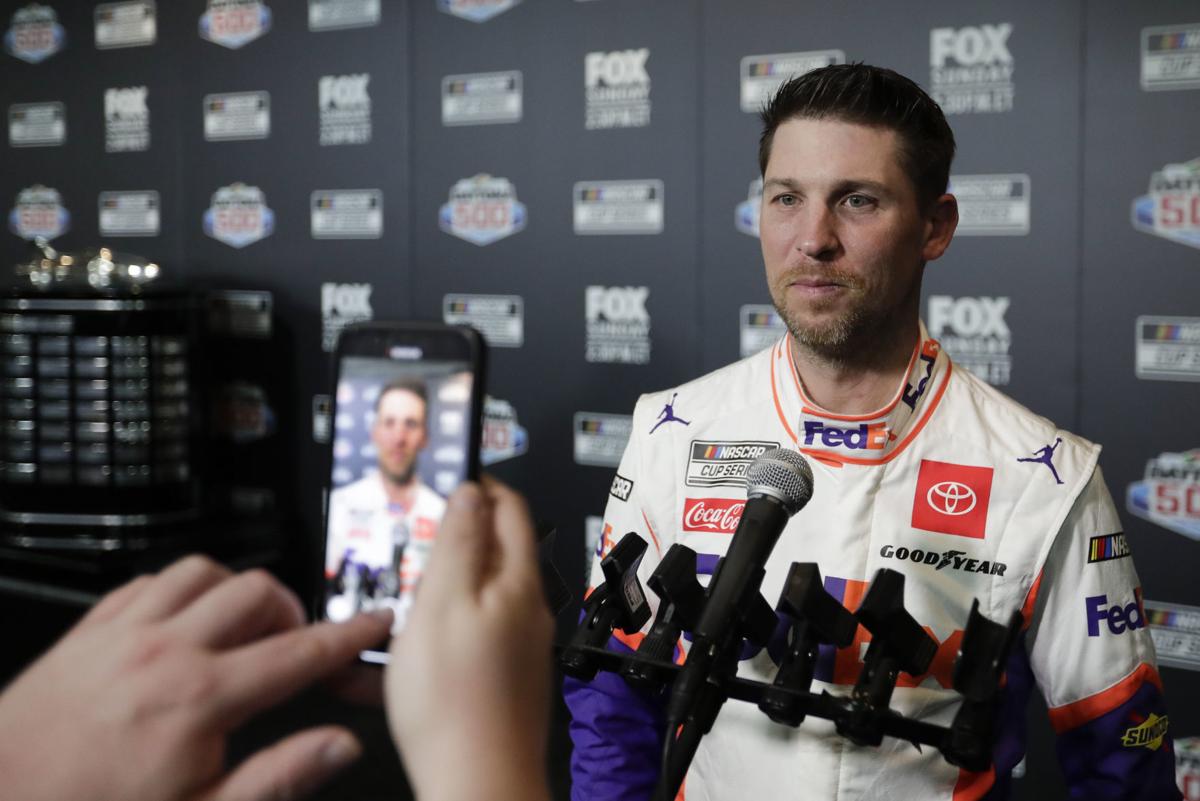 The Daytona 500 is scheduled for Valentine’s Day in 2021, a week earlier than usual and putting NASCAR’s version of the Super Bowl seven days after the actual Super Bowl.

The revised date could cause changes to Speedweeks, the opening stretch of stock car racing at Daytona International Speedway that includes run-up events like Daytona 500 pole qualifying, the exhibition Busch Clash and the ARCA Series opener.

It could ultimately lead to “Speedweek,” singular. Cramming everything into one week seems like the obvious outcome, which would eliminate two “dark days” at the track between pole qualifying and Daytona 500 practice and help shorten a long, tiring regular season that drivers and crews have been complaining about for years.

But the allure of spending two weeks in Florida, where drivers often can be spotted various tourist spots, still has an appeal for some.

“I’d miss it,” driver Austin Dillon said Wednesday during Daytona 500 media day. “I like being down here for this long. I enjoy this week. I think it’s a great start to our season.”

NASCAR also could simply run its Daytona 500 lead-in events a day earlier to avoid having anything on Super Bowl Sunday. Of course, that would still leave NASCAR vying for attention in the shadow of the dominant NFL finale.

Tweaking Speedweeks would be the first hint of an anticipated overhaul to NASCAR’s 2021 schedule. The sanctioning body has said it won’t shy away from trying new venues while heeding calls from fans and drivers to visit more short tracks and dirt tracks.

“I don’t mind them starting a week earlier,” said defending Daytona 500 winner Denny Hamlin, a graduate of Manchester High School. “I think the schedule changes, things like that they’ve made, have definitely made things better.”

Retiring Johnson thinking ahead to 2021

Jimmie Johnson has eyes on a possible IndyCar ride. And Formula One. Sports cars, mountain bikes, off-road racing, downhill skiing, just about any mode of transport that goes fast.

Like anyone headed into a retirement, as loose as that definition may be with Johnson, he is taking his time deciding what he wants to do in the second half of his life.

But he definitely has options.

“There hasn’t been any specific plans thrown at me, but I’ve had everything from sanctioning bodies to team owners far and wide” reach out, Johnson said Wednesday at Daytona 500 media day.

Johnson has long expressed a desire to test his mettle in other series. But each time he’s spotted puttering around other tracks — like this week’s visit to an IndyCar test in Texas — fans and pundits think they know how the future will shake out.

“I don’t have anything planned,” Johnson, 44, said. “It’s just kind of hanging out, looking around, seeing what it’s like and seeing what develops as the year goes on.”

Johnson also said “when the time is right” he will give his input on who replaces him in the No. 48 Chevrolet.

Corey LaJoie presented Rick Hendrick with a handwritten letter stating his case to replace Johnson. Hendrick Motorsports teammate Chase Elliott said other drivers have yet to pitch Johnson about taking the seat.

“Those aren’t conversations I don’t think you have a whole lot with other drivers or friends much,” Elliott said.

There appears to be public peace between Team Penske teammates Joey Logano and Brad Keselowski.

Keselowski was furious at his teammate and accused Logano of throwing unnecessary blocks that triggered one of the two wrecks in the final nine laps of the Busch Clash.

“We shouldn’t be wrecking all these cars,” Keselowski said. “You’d think these guys would be smarter than that. It’s the same thing over and over, somebody throws a stupid block that’s never going to work and wrecks half the field.”

Logano said he talked with Keselowski and the two former Cup champions smoothed over their differences.

“I had no clue. I was like, ‘Hey, what are you mad about?’ Let’s talk about it,’” Logano said. “I just explained my side of the story. You know how it is, you get out of the car, you’re frustrated, you’re mad. Your emotions are running high, you haven’t watched anything and they stick a microphone in your like this and tell you, ‘What happened out there?’”

Keselowski said he wanted to keep his conversation with Logano private, and that “I’ve said what I wanted to say.”

Hamlin on ‘safe side’

Denny Hamlin has a helipad at his house and travels by helicopter for recreational purposes. He also estimated that using a private plane for Cup travel allowed him to save the equivalent of an extra full week at home.

But the death of Kobe Bryant and others last month in a helicopter crash and last year’s scare when Dale Earnhardt Jr. and his family escaped a plane in flames following a crash has given him pause.

“It certainly makes you think and second-guess your choices,” Hamlin said. “Kobe and those guys have been doing it for a very long time. I have a lot of faith in the people in the aviation department. Look at a lot of the crashes that have happened, a most of them have been human error or bad choices that have been made. We always try to hedge on the safe side when it comes to conditions and things like that. It’s so unfortunate, but these things happen.”