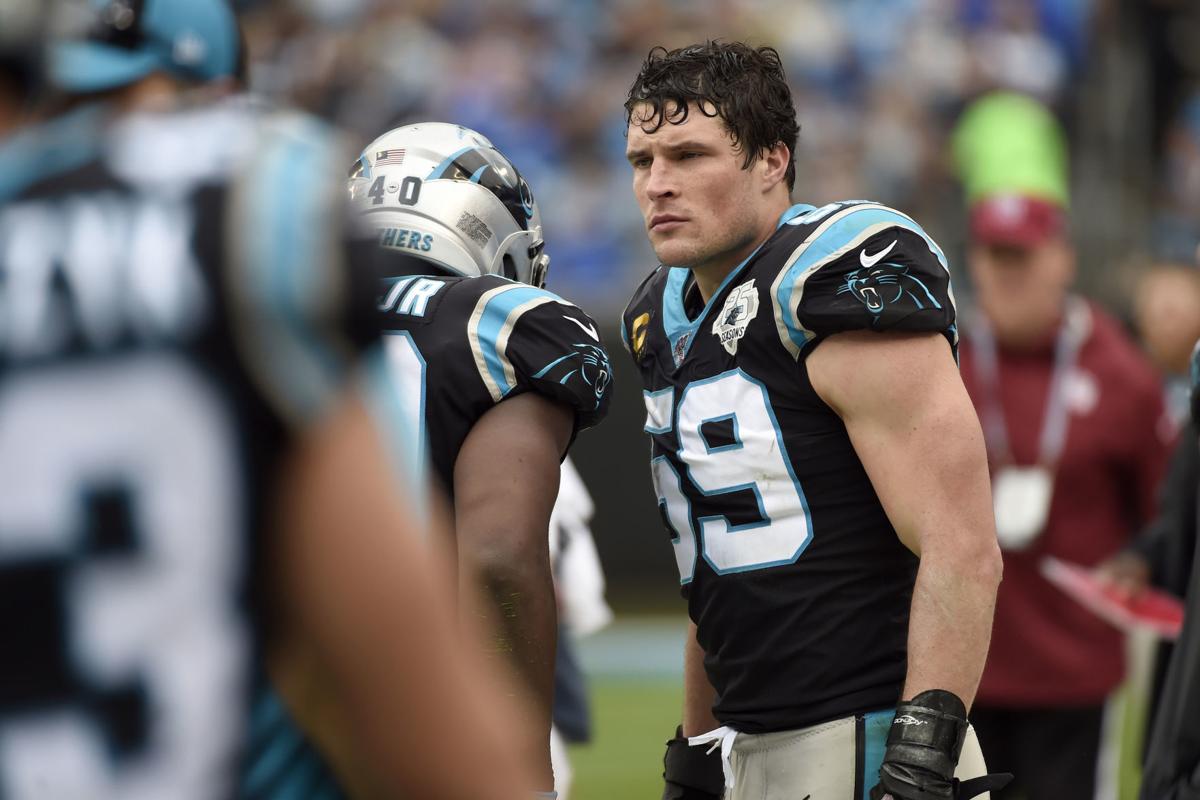 The 28-year-old Kuechly made the surprising announcement Tuesday night in a video posted on the team’s website. He said, “I think now is the right chance to move on.”

Kuechly was selected to seven Pro Bowls and was a first-team All-Pro five times. However, he suffered three concussions during his career, which may have led to his decision.

Carolina has hired LSU’s Joe Brady as the team’s offensive coordinator, according to ESPN’s Adam Schefter.

During his college career, Brady was a wide receiver at William & Mary for four years (2009-12) and then coached the team’s linebackers for two seasons (2013-14). Brady had originally enrolled at the Air Force Academy, but transferred after one year.

Brady helped revolutionize LSU’s offense this past year with quarterback Joe Burrow. The Tigers led FBS in completion percentage (75.1%), total offense (568.5 yards per game) and points per game (48.4) and was second in first downs (418) and passing yards per game (401.6).

Gates calls it a career

Antonio Gates, who became one of the most prolific tight ends in the NFL without playing a down of college football, announced his retirement.

Gates spent his entire 16-year career with the San Diego and Los Angeles Chargers. Gates, who did not play this season, will join the Chargers front office as a legends ambassador. His 116 touchdown catches are the most by a tight end in league history. He is the franchise leader in receptions (955), receiving yards (11,841) and touchdowns.

LAS VEGAS — Installation of a translucent roof for the $2 billion football stadium being built in Las Vegas for the NFL’s Raiders is months behind schedule, but officials say it should be ready by the start of next season.

An independent monitor working for the Las Vegas Stadium Authority, however, says the target date for occupancy could be in jeopardy.

Team and construction officials are expected to provide an update Thursday to the stadium oversight panel about the 65,000-seat Allegiant Stadium, the Las Vegas Review-Journal reported Tuesday.