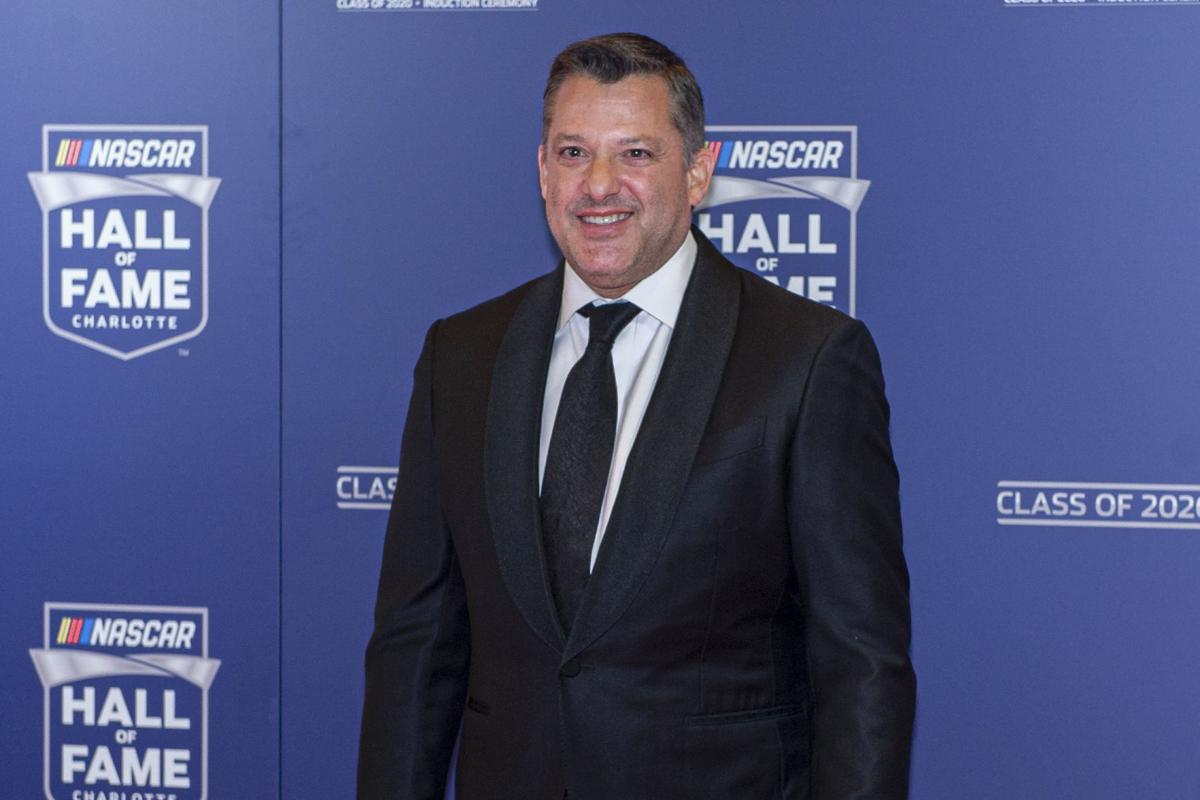 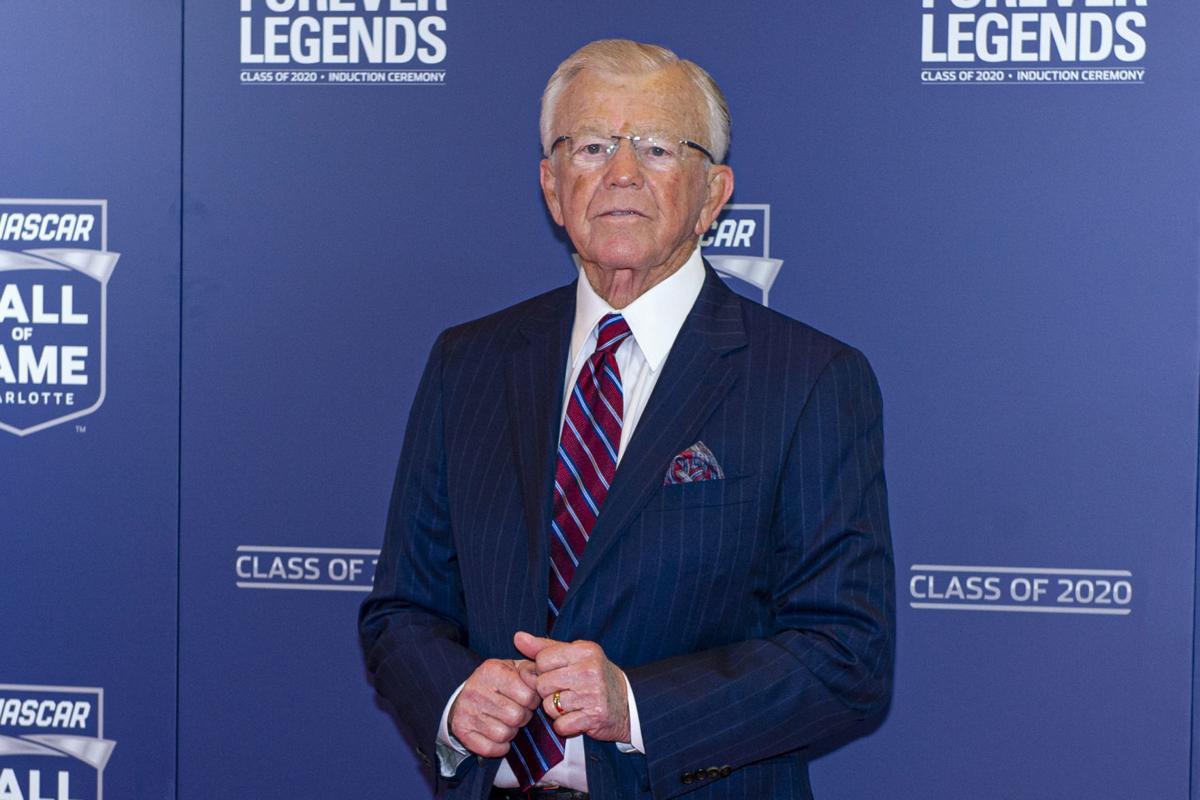 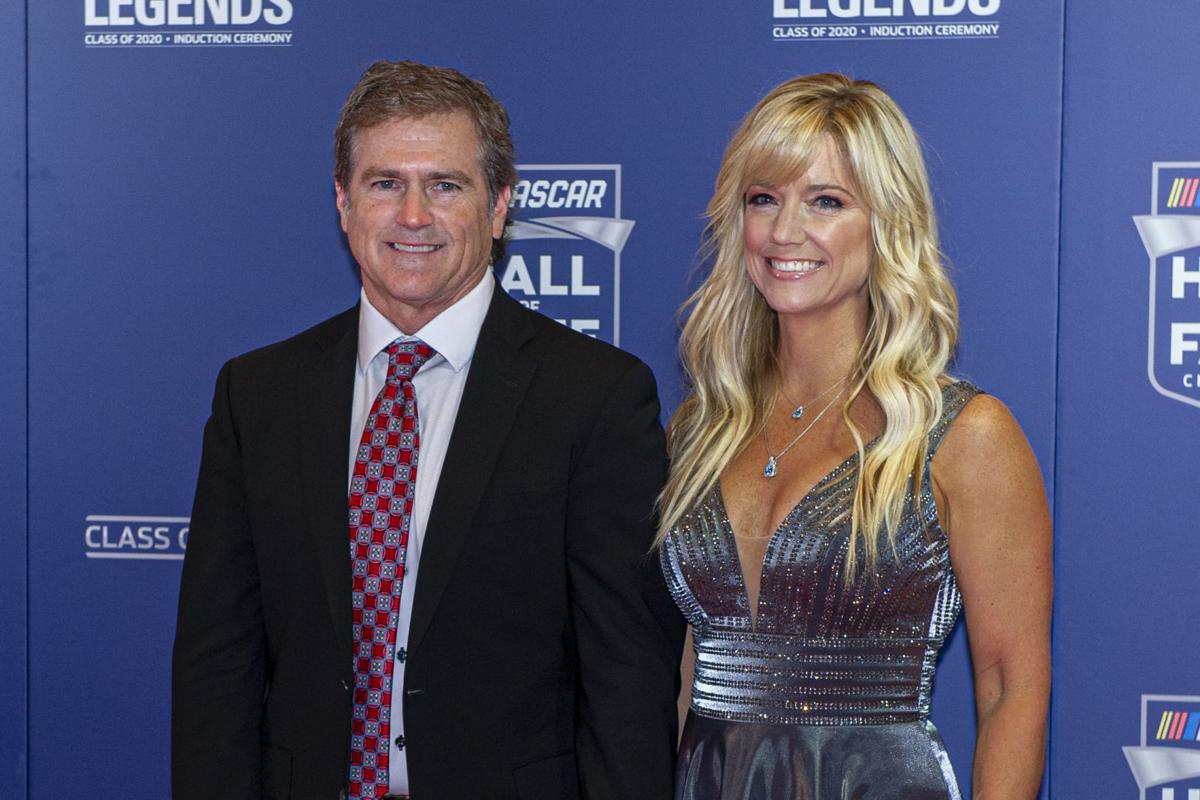 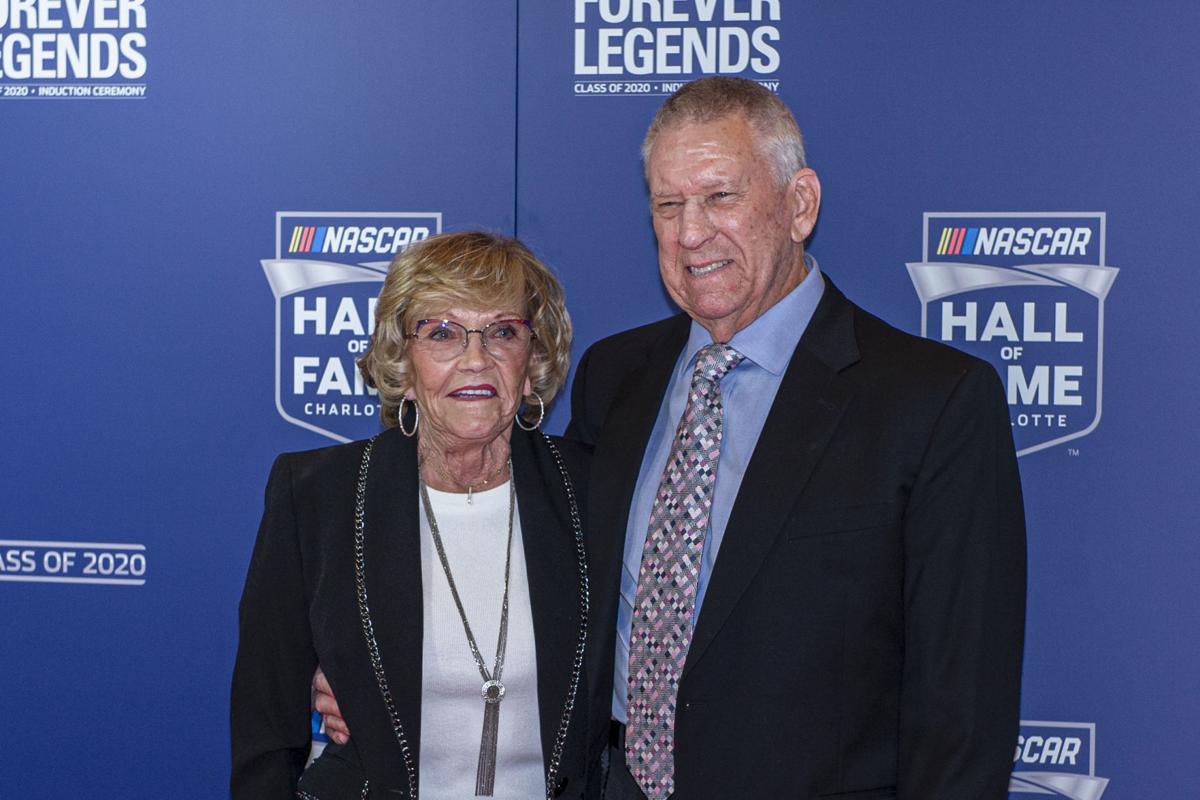 Stewart was one of five inductees Friday night into the 11th class of NASCAR’s Hall of Fame — a group that is essentially a celebration of Joe Gibbs Racing. The three-time NASCAR champion was inducted alongside Joe Gibbs, his former team owner, and Bobby Labonte, his first NASCAR teammate.

Also inducted was Waddell Wilson, an engine builder and crew chief who coincidentally was team manager of Stewart’s first foray into NASCAR. The late Buddy Baker, who raced 33 years before transitioning into a broadcast role, was also inducted, and Stewart has early ties to him, too.

“To have a connection to every member of this NASCAR Hall of Fame class is very, very special, as all of them had an influence early in my NASCAR career that allows me to stand in this spot right now,” Stewart said. “Twelve of my 21 years in NASCAR came driving for Joe Gibbs. ‘You win with people,’ is what Joe always said. Joe surrounded me with some of the best people in racing, and it’s why we were able to win two championships and a lot of races together.”

“When I joined Joe Gibbs Racing back in 1997, Bobby spent the most time with me because that’s when I needed the most help. The transition from sprint cars, midgets and Indy cars was not easy, and the time Bobby invested in me made the learning curve a little less steep.”

Then came the standard Stewart joke. He noted Labonte’s training regimen in those early days, a stark contrast to Stewart, who notoriously avoids fitness and dieting.

“I saw Bobby on a bike, training for like the Tour de France or something, eating health food, talking about living a healthier lifestyle, and I took a giant swig of Coke, grabbed a bag of Oreos and decided to do my own thing,” Stewart said. “Turns out, both lifestyles can get you to the Hall of Fame.”

The induction into the Hall of Fame has come with mixed emotions for Stewart, who, at 49 years old, has not slowed his racing one bit since retiring from NASCAR competition after the 2016 season. He runs sprint car races all over the country every week and squeezes in his responsibilities as co-owner of Stewart-Haas Racing, Eldora Speedway and the All Star Circuit of Champions. A day before his induction, Stewart announced a deal with FloSports to livestream all Eldora championship events and the All Star Circuit of Champions.

Stewart turns 49 this May and figures he’s too young to be in a Hall of Fame, and hasn’t been entirely comfortable with all the attention that has come with his induction. But as the calendar crept closer to the ceremony, Stewart has finally embraced this next chapter.

“Back in May, when I was voted into this year’s Hall of Fame class, I was honored. But I was also conflicted,” Stewart said. “I’m not old. Or, at least, I don’t feel old. I’m still racing. In fact, I’m racing now more than I ever have in the past. And in my mind, the NASCAR Hall of Fame is there to honor the completion of one’s career.

“In the eight months since being nominated to this year’s class, I’ve come to appreciate what an honor it truly is. I’m one of just 55 people to be inducted into the NASCAR Hall of Fame. And, considering that NASCAR has been around for more than 70 years, that’s pretty much nuts for me to be here. It truly is an elite group, and it’s incredibly humbling to be a part of it.”

Stewart stole the show at a Thursday night celebration of Gibbs, who hosted an event at a downtown Charlotte music hall for 1,000 people to celebrate his achievement. Gibbs was previously elected to the Pro Football Hall of Fame in 1996 for winning three Super Bowls as coach of the Washington Redskins, was the man of honor at his event but briefly overshadowed by Stewart when he brought Stewart and Labonte to the stage.

Stewart lobbed joke after joke at his former boss, even blaming Gibbs for leading him into car ownership — a venture Stewart tongue-and-cheek claimed has kept him in debt. Stewart, a perpetual bachelor, didn’t stop with the one-liners during his induction speech, either.

“Since we’re talking about family, since I don’t have one of my own, I’d be remiss if I didn’t thank all the girlfriends who were a part of this journey with me. These girlfriends’ short time and sacrifice meant a lot to me,” he quipped.

The line drew a roar in the ballroom at the Charlotte Convention Center, where even Richard Petty was seen giving a hearty laugh.

Stewart won two of his three championships driving for Gibbs, in 2002 and 2005. Stewart’s third title, in 2011, was one of the greatest finales in NASCAR history as he beat Carl Edwards on a tie-breaker to become the first driver/owner to win the Cup title since Alan Kulwicki in 1992.

Labonte won the first Cup title for the Gibbs organization in 2000 and joins brother Terry Labonte in the Hall of Fame. Bobby and Terry Labonte are one of two pairs of brothers — along with Kurt Busch and reigning NASCAR champion and Gibbs driver Kyle Busch — to win Cup titles.

“From as early as I can remember, there were two things I did as a kid: I raced quarter midgets in South Texas and I watched my brother race. I idolized him,” Labonte said. “So, after all these years, I stand before you, following in my brother’s footsteps. I’m even wearing the same tie he wore on his induction night.

“Terry, you’ve helped me so much throughout my career, there’s no way I could ever repay you … I’d probably say you’re not gonna get repaid. But please know, I’ve always strived to be like you.”

Copyright 2020 The Associated Press. All rights reserved. This material may not be published, broadcast, rewritten or redistributed.